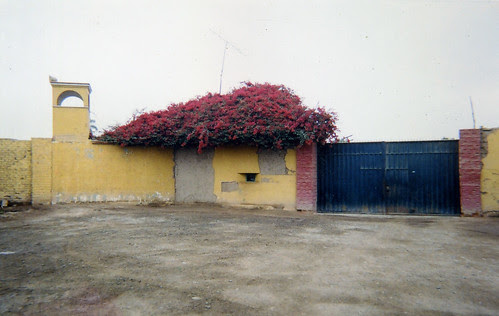 This former slave plantation in Perú's District of El Carmen had a Nat Turner type uprising in 1879. Today, a large chunk of Peru's black population reside in El Carmen.

Black and Latino Are Not Mutually Exclusive
The majority of slave ships went to Spanish and Portuguese speaking countries.

An African-American female was in my office going over her job search plan when our conversation somehow led to the discussion of my African-American heritage. In astonishment she said, so you 'are' black. I said, yes, the last time I looked in the mirror I was black. What color did you think I am? Her response was, I would have never known with all that Latin sh...(expletive) on your wall. I then pointed to pictures of Muhammad Ali, John Coltrane, and Miles Davis. They were on my wall too. However, she pointed out that those pictures were overshadowed by my travel pictures to Perú, Cuba, and several other Latin American countries. She made a good point. What I had trouble sinking into her head was that you don't have to be African-American to be black. In each of those Latin-American countries, with the exception of El Salvador, I saw black people who speak Spanish as a first language.

Actress Omarosa is black, but her ethnicity is African-American

On another occasion, a Mexican-American woman told me that her boyfriend is black. Immediately, I stopped her and asked for clarification. I wanted to know if her black boyfriend is Jamaican, Nigerian, Cuban, or what? Oh, you know what I mean, she said. No, I don't know what you mean, I insisted. She finally broke it down to me that her boyfriend is African-American. In such a diverse, multiracial, multicultural society that we live in, it is imperative that we be more specific when it comes to identifying race and ethnicity. There is a distinct difference between the two. For example, in Oakland, where I live, there are black communities that are not African-American. There are Continental Africans, Caribbean Islanders, South Asians, Afro-Latinos, and African-Americans.

Actress Zoe Saldaña is black, but her nationality is half Puerto Rican and half Dominican

A black Puerto Rican woman got irritated with me saying, what you have to understand, Bill, is that when people say 'black,' they are referring to African-Americans. I'm thinking, how ludicrous. If this Puerto Rican woman knew anything about her history, a significant number of 'blacks' were brought to Puerto Rico as slaves. In fact, only 10% of all black slaves came to the US. I never understood why so many people use the phrase' black and Latino' to describe African-American and Latino communities when there are more blacks among the Latin-American population than African-Americans, and this is without counting the one-drop rule.


It is imperative that we be more specific when it comes to identifying race and ethnicity. There is a distinct difference between the two.


I was in a chess game with my goddaughter Daniela of Perú. Before the game started, I said I wanted the black pieces because I'm black. She then touched her arm and said that she is black too. I felt so proud of her. Bottom line, black people come in many different cultures and speak many different languages. Latinos come in many different colors reflecting their indigenous, African European, Asian, and Middle Eastern ancestries.
Posted by W Bill Smith at 9:53 PM