Shame and the Spanish Language 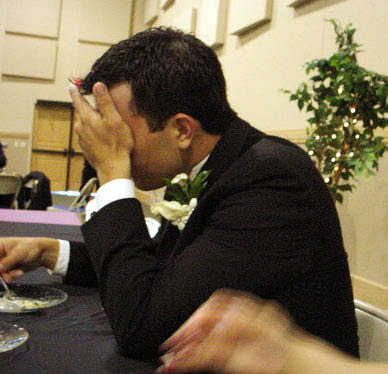 Camilo, a friendly, outgoing security officer in the office building where I work, is a Spanish-speaking immigrant from Costa Rica. Although, he has a fairly good command of the English language, he constantly seeks to improve it by speaking as much English as possible. Because of my ability to speak Spanish, Camilo and I greet and converse in English and Spanish. However, this past Friday I passed his desk and he refused to say anything to me because a non-Spanish speaker was present. This isn't the first time I noticed such reluctance under the same scenario, giving me the impression that he doesn't want to be heard speaking Spanish in front of English-only speakers. Why can't he get a clue that, in a city like San Francisco, over 100 languages are spoken? Why is he so ashamed of his?

Why can't he get a clue that, in a city like San Francisco, over 100 languages are spoken? Why is he so ashamed of his?

When I was in Ecuador, I was laughed at by some Afro-Ecuadorians because they heard me speaking English with a bilingual mestizo. They were so freaked out you'd think they had never heard a black man speak English before. Does this give me a complex about speaking English in a Spanish-speaking country? No! What it does mean is that those people who laughed so hard, reminded me of so many Americans who have a narrow view of the world and don't get much exposure outside of their own communities. Some people may argue, and I heard this from Spanish-speakers, that English is considered higher class. Bull! Who is feeding people this and why are they buying into it? The Spanish language is no less inferior or any more superior than English, Arabic, Mandarin, or Swahili.

Meanwhile, it will be English only with Camilo from now on.

Is It Shameful to be Latino?

Latino and Proud
Posted by W Bill Smith at 12:15 PM