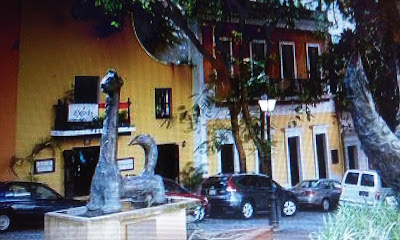 I recently read a travel review by a man from the U.S. state of Minnesota who happens to be of Puerto Rican ancestry. As he  bragged about his Spanish/Corsica roots, he expressed disappointment in a museum that celebrated Puerto Rico's African heritage and not Puerto Rico's Spanish or French heritage. 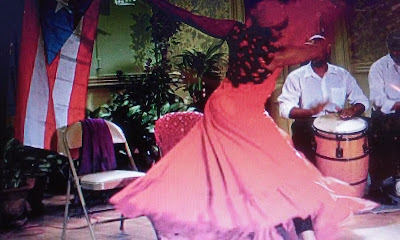 This is why I'm happy to learn of the El Museo de Nuestra Raiz Africana (Museum of Our African Roots) constructed and supported by young, highly conscious Puerto Ricans of all colors who recognize the diversity of their island's heritage. This museum is located near the main tourist attraction in an area of Old San Juan next to the entrance of El Morro, a fortress built by African slaves. This is the place to learn about the African cultural influence of Puerto Rico.

Afro-Puerto Rican (or Afro-Boricua) heritage in the Museum of our African Roots is celebrated through paintings, artifacts, documents and photographs. The purpose is to tell what Puerto Rican history books don't tell. It preserves and promotes the history and culture of the island based on the Black experience, including the arrival of African slaves to their encounter with the native population, the Tainos, and the Spaniards. 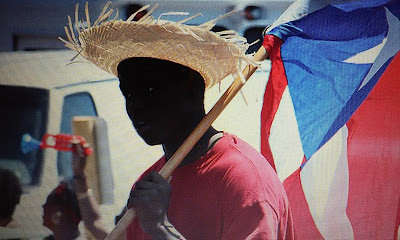 The museum also addresses the African influence on the island making it the lively and vivid place that it is today with its hot salsa, bomba and plena music; festivals, cuisines, and customs.

As one who enjoy traveling and exploring black heritage in Latin-America, Borinquen, better known as the Enchanted Isle of Puerto Rico, is on my list of places to visit, and this museum that the Minnesota-Puerto Rican brought to my attention with his negative review, will be at the top of my visitor's list, along with the Afrocentric town of Loiza, not far from the capital, San Juan. 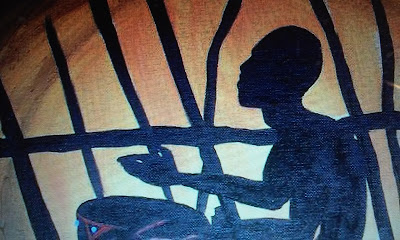