Not Latino Enough and Not Black Enough


The Need for Bi-Cultural Awareness 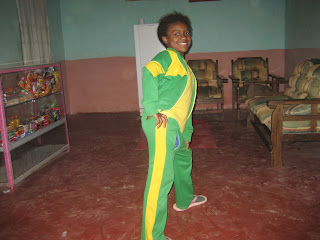 I have so often entertained the idea of bringing my Afro-Peruvian goddaughter to live with me in the US, and wondered how well she would fit with US blacks and US Latinos considering that so many in both communities are unaware of the existence of millions of Afro-Latinos.

While doing business with a vendor who was simultaneously chatting in Spanish on his cell phone, I noticed how he insisted on speaking to me in English even though he acknowledged that I can speak Spanish. I said to him, “hey, I didn’t want to interrupt your flow; you were speaking Spanish!” His reaction to me, however, was understandable because I am indeed not Latino.

What is not so understandable is when Latinos react the same way with fellow Latinos who do not fit the stereotypical profile of a Latino. It never ceases to amaze me how people who come to the US from Spanish-speaking countries could be so oblivious to the racial diversity in their own communities. As I stated in another blog article, I’ve personally met native Spanish speakers of African, Chinese, German, Italian, Japanese, Jewish, and Middle Eastern ancestries during my own travels. So, where have these folks in the US been all of their lives being so quick to judge fellow Latinos based on looks?

Juan, an Afro-Venezuelan, told me that many brown and olive-skinned Latinos do not want to relate to him in Spanish and make it a point to respond to him in English. Vladimir, an Afro-Cuban healthcare worker in a Spanish-speaking community of Oakland approached a patient offering assistance in his native tongue, Spanish, and the patient's response was, “I need to talk to someone who speaks Spanish, Duh! Latin-American media also reinforces their lack of racial diversity.

Unfortunately, we have the same lack of awareness in the African-American community. In my own experience, more than one black American have looked directly at me and asked if I’m black due to my ability to communicate in Spanish and my having a large collection of salsa music. Joaquín, an Afro-Colombian, was told by members of the African-American community that he is not black enough. I wrote a blog article about the baseball player who referred to black Latino ball players as imposters, and of a black, adolescent Panamanian girl being referred to by her African-American classmates as a “confused n…(expletive)” simply because Spanish is her first language.

I asked Afro-Latino friends, like Antonia of Costa Rica who grew up immersing herself in the African-American community, why aren’t they speaking out and educating people, and the general response I get is that they’ve been doing it all of their lives and are a bit worn out trying. Mariela of Panamá.is slow to reveal her Latin-American ancestry around non-black Latinos to see if they would talk trash about her, and if they do, she would assertively let them have it in Spanish.

I grew up one block away from a major black research and cultural center  in Harlem, NY, which was named after a Puerto Rican of African ancestry who specialized in Black history. As a blogger and public speaker (Toastmasters), I’m very outspoken about Latin-American diversity, particularly the African heritage. I find myself inadvertently educating both Latin-American and African-American people on bi-cultural awareness.