Why I Avoid English Speakers in Latin America 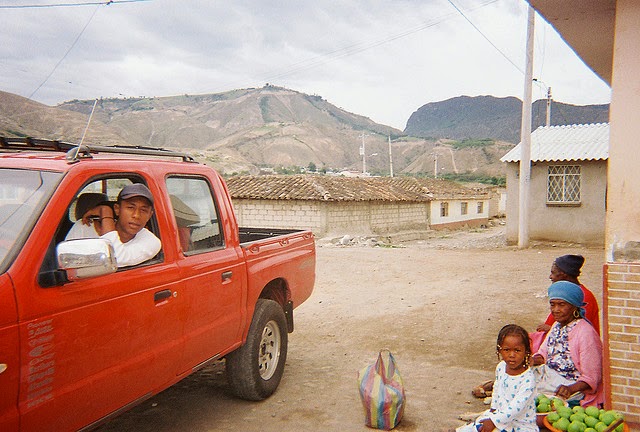 When traveling , I drift toward the barrios where you
find the real culture, such as in Juncal, Ecuador

Fortunately in my Latin American travels, I run into very few people who speak English. I'm sure they are out there, especially among some college students, some of the upper class, and some of those in the tourist industry; all of whom I make a special effort to avoid. I'm much more attracted to the barrios (the hood) where I can be among the everyday common people; that way I remain totally immersed in the Spanish language, which forces me to improve my own Spanish and get a better sense of the cultures.

Reflecting on my last blog post, It's Nice Meeting “Proud” Spanish Speakers,” I vividly recall times in Latin-American countries where I responded in Spanish to anyone who spoke to me in English in the same way so many US Latinos respond to me in English when I try to speak to them in Spanish. 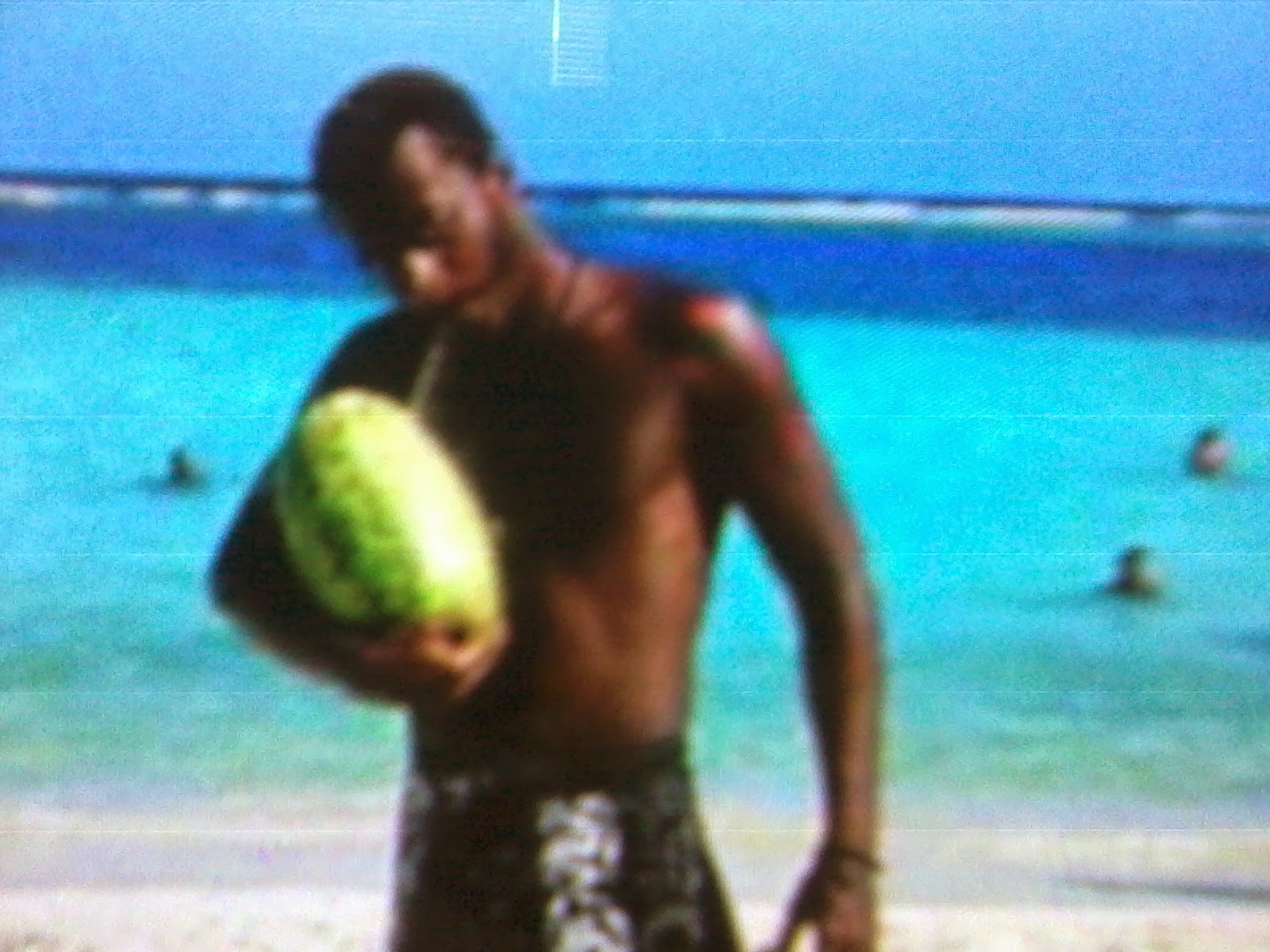 Felix of Caracas, Venezuela took me in like family

One summer, in Havana, Cuba, I was  with a group of 25 Americans who were there for Spanish language intensive training at the University of Havana, sponsored by Global Exchange, Inc., based in San Francisco, CA. Upon our arrival, we were loaned bicycles for a guided tour of the city.

As we rode along Havana's popular Malecón (the waterfront), an Afro-Cuban gentleman rode up along side me and struck up a conversation in English. I felt insulted because I thought that he was assuming that I was just another gringo who can't speak Spanish. I decided to show him differently by responding to everything he says to me in Spanish. After several of those exchanges, he finally snapped in frustration, “MAN, STOP SPEAKING SPANISH; I'M TRYING TO PRACTICE ME ENGLISH!” 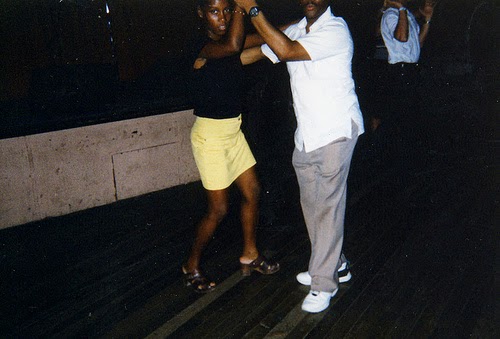 At that point, my feelings of insult turned into compassion because I remember so vividly how crushed I used to feel in the US trying to practice my Spanish with native Spanish-speakers who insisted on responding to me in English. Therefore, I gave him a break.

In Caracas, Venezuela, I was hosted by Felix, a friend I met on www.couchsurfing.com, a web site for travelers. Felix showed me the city, then took me into his home in the barrio with his family and fiancé where I dined and slept. The only drawback was that Felix and his fiance's English were better than my Spanish, so there was no way I could resist. My only alternative in using my Spanish was with his family members who speak no English. The next day, Felix turned me over to another friend whom I also met on couchsurfing.com, María. 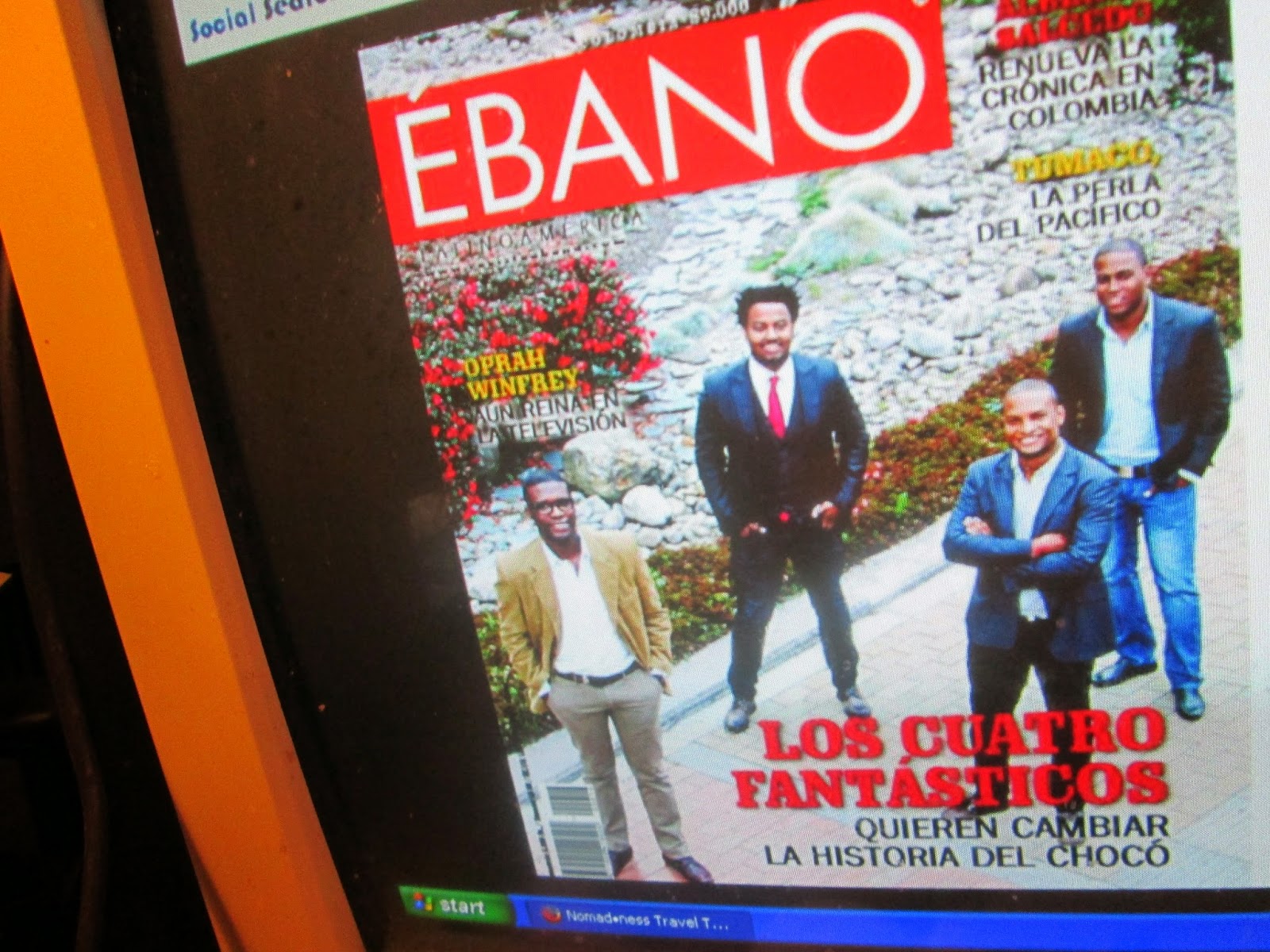 While in Cartagena, Colombia, I purchased the
South American version of Ebony Magazine


María, who also went the extra mile to ensure that my stay in Venezuela was a rewarding one as she escorted me on a two-hour bus ride into Venezuela's region of Barlovento to explore Afro-Venezuelan culture. María speaks Spanish, Swiss, and English. However in this instance, my Spanish was better than her English, but out of appreciation for her hospitality, I permitted her to practice her English on me until she got stuck in translation, then I would intervene in Spanish.

If I were to move to a Latin-American country as an expat, I would not have the attitude that I demonstrated with the Cuban bicyclist. I would be willing to speak English with anyone who is learning it or already proficient. 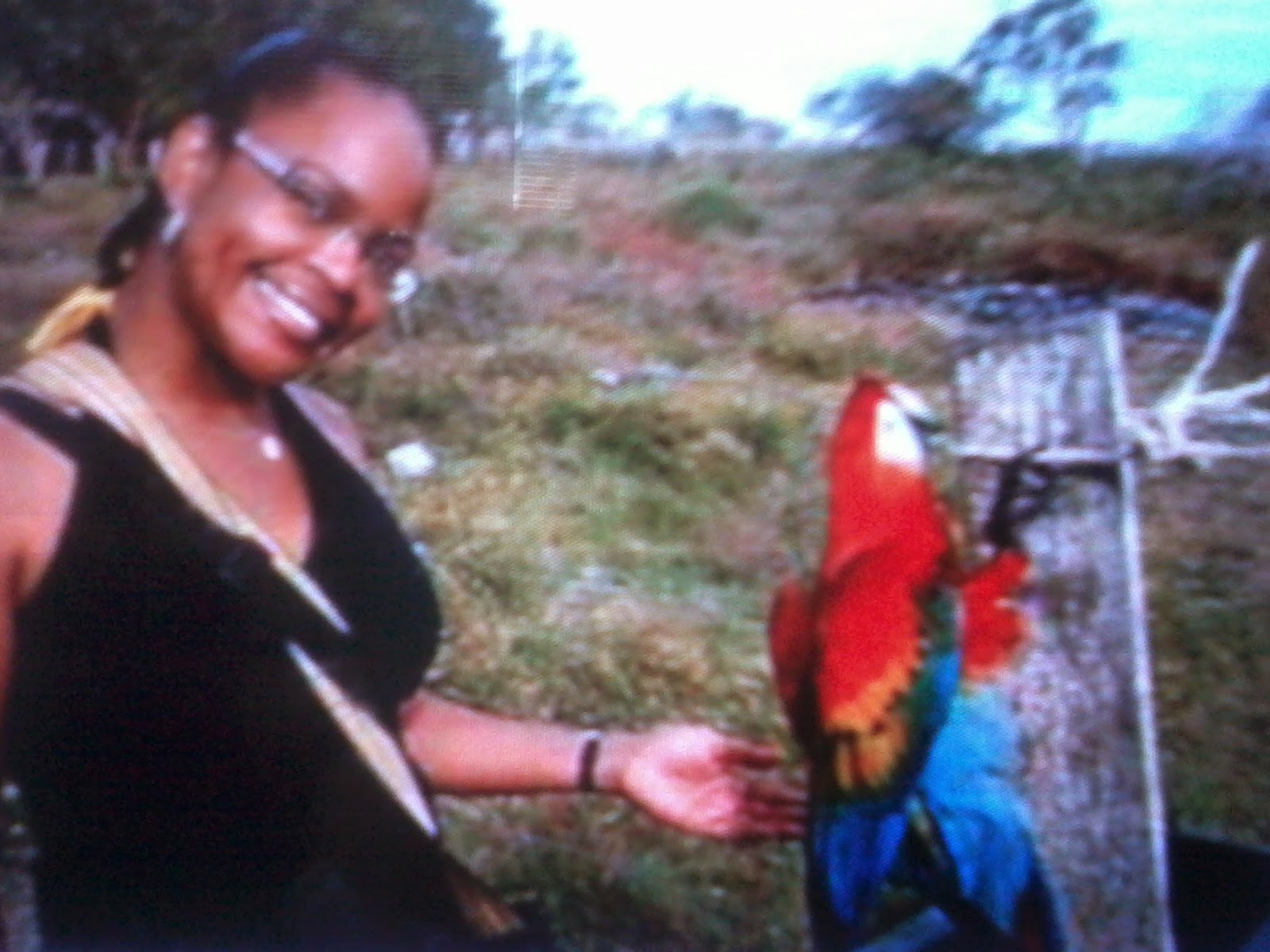 María escorted me into the black (and brown)
region of Barlovento, Venezuela


However, all of my travels have occurred during my vacations from work lasting two to three weeks. Thus, giving me limited time to take advantage of every precious moment of being totally immersed in the Spanish language with no opportunity to fall back on my English when I get stuck in translation. In such cases, I have no other choice but to face the challenge head on and work through it.

I was in a restaurant in the Barranco district of Lima, Perú, where I was so disgusted with the customer service that I demanded to speak with a manager. My irritation almost made me forget all the Spanish I learned up to that point, and I was disappointed when the manager told me that he didn't speak English. I then felt compelled to register my complaint in Spanish. It is cases like this where the “real” learning takes place—not in the classroom—and believe me, I'm still learning!