Slave Mentality in the Afro-Latino Community 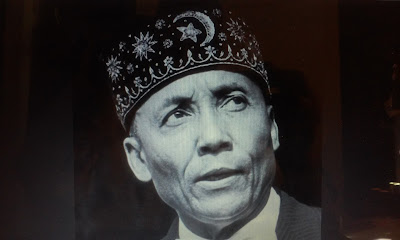 First, my people must be taught the knowledge of self. Then and only then will they be able to understand others and that which surrounds them.

—The Honorable Elijah Muhammad
Founder of the Black Nation of Islam


The other day I had to call out an Afro-Latina who made a comment about a mixed black and mestizo couple and how they are going to have “beautiful” babies; a comment I often hear among black Americans as well.

I reminded her that babies look beautiful regardless of color. Why does a baby have to look less than black to be a beautiful baby? I strongly feel that this mentality is a carryover from the slave plantation of which a large number of blacks in the western world, regardless of language or culture, possess.

In the Afro-Latino community, there is a pervasive mejorar la raza (improve the race) syndrome where many blacks, not all, feel that marrying a fairer complexion man or woman is upgrading one's status in life. Black parents in Latin America have been known to tell their children coming of age not to bring home a black man or woman; “I don't want no black grand babies,” they would say.


As a single black male, I have seen attractive women ranging from jet black to lily white. I have dated women in Asia and Latin America. Although, my top preference is for a black women, that does not mean I'm not open to a woman of a different color. And should I happen to get involved with one, it will be for reasons having nothing to do with skin color, but how well we click.

Throughout the African diaspora, be they black American, Afro Latino, Caribbean folk, and even on the African continent where the sale of bleaching creme to lighten one's skin is at a all-time high, there is a high degree of internalized racism that is practiced on a regular basis.

Although I have an ardent interest in black Latino cultures and history, I don't discuss race with Afro Latinos until I know where their heads are. Many of them do not consider themselves to be black, although a Ku Klux Klansman would beg to differ. A black Mexican woman told my younger brother that her roots are in Spain, not Africa. A black Peruvian woman told me to my face, “tú no eres negro, eres moreno (you are not black, you are 'colored')!” As it is among many black Americans who feel that blacks with straight hair have “good hair,” many Afro Latinos refer to kinky hair as pelo malo (bad hair).

In the living room of an Afro-Peruvian home, I noticed how the family was enjoying a sitcom starring a mestizo comedian with black makeup playing the role of black man living up to all of the negative stereotypes of black Peruvians. LUNDU, one of the nation's black civil rights organizations, has been trying to get that program off the air for years. There is another sitcom, played by the same actor, portraying he negative stereotypes of Peru's indigenous community.

The good news is that no where in Latin America are blacks shooting each other like we are doing in the USA. I have been noticing a positive trend among young Afro-Latinos, especially in South America where I have visited and have made Facebook friends who are very Afrocentric.

Last night in a Dominican restaurant, I noticed how the Afro-Dominicans gathered around the TV in support of Barack Obama's state of the union address, and one shouted a comment about his black pride. There is hope!