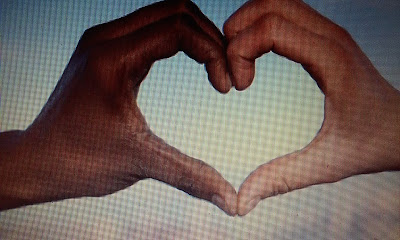 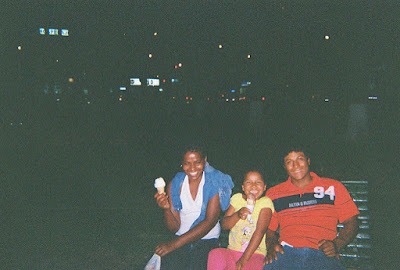 If I met a woman of a different race, and it turned out to be a true love connection such as with this happy black and mestizo Peruvian family (above), I'm in! But hell if I pass up a fine black woman like the former Miss Ecuador, Monica Chalá (below), for the sole purpose of having babies of mixed race, and do what many Afro Latinos say, “improve the race.” 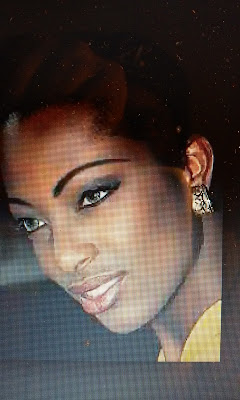 Growing up in the U.S., I falsely believed that internalized racism was strictly limited to black Americans as we have our issues with good hair vs. kinky hair, light-skinned vs. dark-skinned, and as the old saying goes, “the white man's ice is always colder.”

As I meet people and explore cultures other than my own, I am learning that internalized racism is alive and well wherever there are people of color. Even on the African continent, the sale of bleaching cream to lighten one's skin is at an all-time high. I once read a story where a a black American man who joined the Peace Corps, I forget which African country he was serving; however, he noticed woman approaching his white male comrades, not for love and marriage, but solely to have white babies.

Black Latin America is big on finding a mate who is either of much lighter complexion or preferably white. In Spanish, it's called “mejorar la raza (improving the race)” or “blanquemiento (whitening).”

When I was in Havana, Cuba, a group of us Americans were walking down the street to a cultural event, and suddenly three or four black Cuban men rushed out on the porch with faces glowing and looking starry-eyed at the white women in my group. I wanted to shout, “damn brothers, haven't you seen white women before?

At a party just outside of Havana where we Americans, mostly white, were being entertained. I asked a black Cuban woman to dance, and she quickly looked across the room seeking the approval of a man leaning against the wall. He shook his head indicating, hell no! That was her older brother who wanted his sister to snag a white American male.

If my parents told me, “improve the race; I don't want any black grandbabies,” like so many black Latin-American parents do, I would ask, “you had black babies, what's the problem, now; you have issues with black people all of a sudden? Of course, my parents had much better sense than that.

It is not that I am against interracial marriage or relationships. Even the Black Muslim minister Louis Farrakahn stated on national television, “When you are in love, you are in love.” My own father and his second wife of Italian ancestry were truly in love. If I met a woman of a different race, and there is a true love connection, I'm in! But no fricken way will I bypass a beautiful black woman for the sole purpose of finding someone to help whiten my bloodline.

In my travels through Black Latin America, I met black women with mulatto children and all seemed content with the father long gone from the scene. What was the point?
And while I was admiring the black women in the countries I was visiting, it was the non-black women who were admiring me. There were a couple of single black women with mulatto children who took an interest in me, and I had to ask myself, is this a real attraction or do they just want what's in my pants (a U.S. Passport)?
Posted by W Bill Smith at 5:04 PM