Showdown between Black and Brown

With more black Latinos in the western world than black Americans, “Black” is a bad choice of a word to address conflicts with Latinos. It is better to say that African-Americans and Latinos are divided and conquered. Both communities suffer from discrimination, prejudice, and police brutality. At the La Peña Cultural Center in Berkeley, CA, a Mexican-American woman pointed out in her presentation that in Texas, Mexicans were also lynched; not just African-Americans.


Both communities have destructive elements that are destroying more lives than the KKK and the police have ever done.

There are people in very high places who have no love for African-Americans or Latinos. What need do these bigots have for the Ku Klux Klan when there are gangs, drug dealers, and other terrorists doing all of their their dirty work. Both Latino and African-American communities have destructive elements that are destroying more lives than the KKK and the police have ever done.

I grew up in New York City where blacks and Latinos, mostly Puerto Ricans, lived side by side. We partied together. Some of us dated each other, and in college, blacks and Latinos formed alliances. At the State University of New York at Albany where I went to school, our Black Student Alliance ended up changing its name because so many Latinos joined us. There was a time when the Black Panther Party, Young Lords Party (Puerto Rican), and Brown Berets (Mexican-American) stood for a common cause. 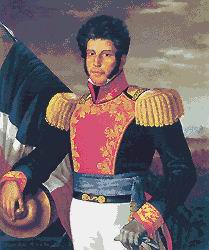 I wonder how many of these hateful gang bangers, like the Mexican Mafia, know that Mexico's liberator and second president Vicente Guerrero was half black.

Recently, a Latin-American woman was in my office for employment consultation. Upon looking at the travel pictures hanging on my wall, she said to me that it is nice meeting an intelligent African-American. I'm thinking, what the hell--where has she been all of her life? If she were to hang out with me for one day or even visit my church, all she would see are intelligent, professional, business-oriented African-Americans.

When I used to work as a recruiter for a nation-wide job training program, a Spanish-speaking mother apparently thought I was different because I was able to communicate in Spanish. She asked me if a lot of blacks attended this institution because she was worried about her daughter. I discussed her concern with a Latino co-worker, and he confirmed that this is the reputation a lot of African-Americans have among Latinos.

Thoughts started coming to me about how these prejudiced Latinos might feel about their fellow Latinos of African heritage. “Oh they're different,” I've been told. They are not like us African-Americans. Then, there are other Latinos who say to me, “don't divide us--we are all Latinos and we are one.” But when I look at Spanish TV, I see hardly any black Latinos. When I pick up a Spanish newspaper, I hardly see any black Latinos unless they are criminals, athletes, or entertainers. When I travel to Latin-American countries with sizable black populations, the blacks are grossly underrepresented in government, business, and industry. Perhaps, this might explain why so many Latin-American immigrants are prejudiced against blacks in this country. They are prejudiced against blacks in their home countries.

I was appalled during the Rodney King riots when African-American thugs attacked Latinos who also get roughed up by the police.

However, none of this justifies the prejudice some African-Americans have towards Latinos. I was appalled during the Rodney King riots when African-American thugs attacked Latinos. What for? They didn't beat up Rodney King; in fact, many Latinos get roughed up by the police too. I'm not sure how or when this African American-Latino conflict started, but I see it as utter stupidity on both sides. Some say this conflict started with the prison gangs such as the Mexican Mafia, and spilled on into the streets among gang-bangers, especially in Los Angeles. I wonder how many of these hateful Mexicans realize the Mexico's second president Vicente Guerrero was half black, and the state of Guerrero where you will find the city of Acapulco was named in his honor.


Note: As of today, November 27, 2011, I've visited Perú, Colombia, Ecuador, and Venezuela, and  can´t help but notice how blacks and browns live together, get along, and even intermarry. I've seen more than my share of black people with brown babies and brown people with black babies. Although, I have a preference for dark women, more brown women took an interest in me.
Posted by W Bill Smith at 12:57 PM