In 1533, the first African slaves reached Ecuador when a slave ship heading to Peru was stranded off the Ecuadorian coast. The slaves revolted and overpowered their captors, and started a maroon colony in what is now known as of Esmeraldas (Emerald City), which became a safe haven for runaway slaves.

Today, Ecuador has a population of over 1,120,000 African descendants, many living in Quito, the nation's capital, Guayaquil, and further up in the Andes in an area called Valle de Chota. However, the bulk of Afro-Ecuadorian culture is found primarily in the country's northwest coastal province of Esmeraldas, La Capital Negra (the Black capital) , where the City of Esmeraldas is the capital, and where Blacks form a 70% majority. Esmeraldas is a major seaport town and it lies at the mouth of the Esmeraldas River. The City of Esmeraldas is the principal trading hub for the region's agricultural and lumber resources.

Marimba is a traditional African art form from Esmeraldas and the Colombian Pacific coast. It consists of music, dance, and theatrical expressions. Marimba was once a declining art but is now enjoy a revival due to Afro-Ecuadorian pride and resurgence movements. Catholic worship is distinctive in Esmeraldas, and sometimes done with marimba music. 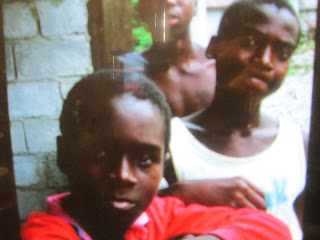