How Learning Spanish Improved My Communication Skills in “English” 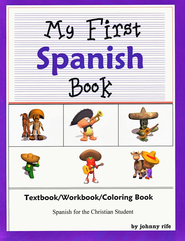 Today, at work, I got into a Spanish speaking conversation with a vendor who assumed that I have a Latin American blood line. He was pleasantly surprised when I explained to him that my whole family is American and that I'm self taught in the Spanish language. I was only 10 years old when I first began teaching myself Spanish out of a children's book borrowed from the New York Public Library. In my excitement and exuberance of speaking a second language, I kept sharing new Spanish vocabulary words that I was learning with my father. Suddenly, he stopped me to discourage me from learning any more Spanish, insisting that I learn English first. I'm thinking to myself, what is he talking about? English is all I know.

Being influenced by my Puerto Rican neighbors and school mates, I continued to study Spanish behind my father's back. I used to sneak Spanish learning materials into the house as though they were drugs or some other type of contraband. I even hung out at a Puerto Rican classmate's house after school where Spanish was regularly spoken. However, as I got to be a little older, I began taking on other passionate interests, like music and sports. Girls started looking good to me, and I drifted away from my Spanish. Even when I finally had to take Spanish in school, the interest was not there because it was too “academic” and lacked the soulfulness of the Spanish I heard in the community.

It was quite late into my adulthood when my passion for the Spanish language resurfaced. Due to my work schedules and other things going on with my life, I didn't have the time to take Spanish classes. Thus, I had to go back into my spare time, self-teaching mode, like I did in elementary school. As I began to teach myself from a mature perspective, I was astonished to realize that I developed an appreciation for English grammar. The books that I was using to teach myself Spanish kept making references to the things that bored me to tears in my English classes in school, like verb conjugations and moods. I found that the better understanding I have of English grammar, the easier it was for me to grasp the grammar of the Spanish language.

I've met Spanish speaking immigrants who've been in this country for 10, 15, and 20 years, and still can't speak a word of English. As I began to establish rapport with these immigrants, I learned that so many of them lived in agrarian societies back home, and had to drop out of school before the sixth grade to help their parents earn a living. Therefore, not being educated in your own languages creates a major roadblock in learning a new one. This is what my father was trying to say when he insisted that first I learn English first, grammar and all.

As I immersed myself more in Spanish grammar, I began to pay more attention to how I was expressing myself in English, particularly in my writing because today, I make money as a professional résumé and cover-letter writer. I'm certified by the Professional Association of Résumé Writers and Career Coaches to create job search success stories of clients on paper. At the same time, I've visited nine Latin American countries where I put myself in areas where I was least likely to meet anyone who speaks any English at all. If I got stuck in translation, and I have at times, too bad. I took this experience as an opportunity to bring my language skills up a notch..
Posted by W Bill Smith at 12:00 AM