My Stubborn Weakness with the Spanish Language 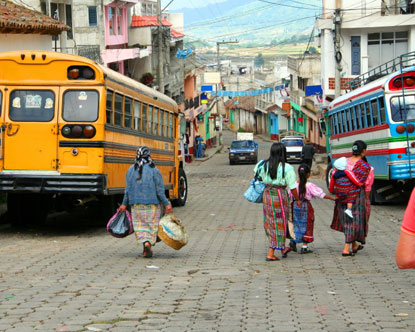 My friend Delicia who currently lives in Colombia’s predominately Black state of Chocó was telling me how she got into a conversation with an African-American woman who happened to be visiting from Brazil. This woman insisted that the two maintain a Spanish-speaking conversation.  With my being a self-taught Spanish student, I had to ask Delicia how much Spanish has she had in school before moving to Colombia. I asked because I personally cannot resist the temptation to fall back on my English when I’m conversing with another native English speaker. This is the primary reason why when I’m in a Spanish-speaking country, I go where English speakers and tourists generally do not go. This keeps my Spanish flowing without interruptions.

Delicia had 12 years of Spanish before moving to Colombia (wow!), and even then, she had to get used to not only the Colombian style of speaking, but the accents and style of the Blacks in Chocó. Just as British and American English have their differences, and just as various regions and ethnic groups of the US have their differences, so it is in the Spanish-speaking world.

Although I find myself comfortable mixing with monolingual Spanish-speakers, as demonstrated in my Latin American travels, I get nervous and self-conscious around those who speak both Spanish and English, like the woman Delicia met in Colombia, thus having difficulty gathering my thoughts in Spanish, not to mention expressing them.  I’ve had bilingual friends who encouraged me to practice my Spanish with them, and I couldn’t get myself to do it.

However, I have a friend in Perú’s predominately black District of El Carmen who speaks no English, and I recently made arrangements to use my Latin American phone card to call him on a weekly basis to chat. While chatting, he will be correcting my grammar, bringing me up to date on Peruvian idioms and slang, and of course, helping me to learn some proper Latin-American manners. My Spanish is at a level where I can do this, and at a monthly fee that would be equivalent to what I would pay hourly here in the US for the same type of assistance.
Posted by W Bill Smith at 1:13 AM