Growing Up Puerto Rican and Black 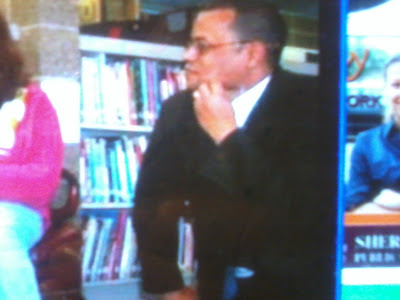 Journalist Roberto Santiago talks about how he
came to grips with his race, culture, and nationality.


Roberto Santiago, a Puerto Rican journalist raised in New York City's Spanish Harlem, is the son of a dark skinned mother and a white-skinned father, and has been told repeatedly by fellow members of the Puerto Rican community that there is no way that he can be Black and Puerto Rican. Roberto insisted that he is and always have been both.

Having learned to speak Spanish in the home before he spoke English, his life has been shaped by his Black and Latino heritages, and despite other people’s confusion, he feels that choosing one over the other would be denying a part of himself. While attending Xavier High School in New York, Roberto was called both nigger and spic by his White classmates and the institution's Jesuits looked the other way.

Growing up in East (Spanish) Harlem, Roberto was aware that he did not act Black, according to African-American boys on the block. His lighter-skinned Puerto Rican friends were of less help. “You’re not Black,” they would whine shaking their heads. “You’re a Boricua (Puerto Rican). You ain’t no Moreno (colored boy).” If what his Puerto Rican friends were saying were true, his mirror defied the rules of logic, he thought to himself. Acting Black, looking Black, Being Black. The fact is that he is Black, so why does he need to prove it?

The slave trade ran through the Caribbean basin, and virtually all Puerto Rican citizens have some African blood in their veins. His mother’s side of the family was black as carbon paper, but officially not considered black. There is an explanation for this, but an explanation that does not makes sense or a difference to a working-class kid from Harlem.

Puerto Ricans identify themselves as Latino—part of a culture that originated from sons of Spanish conquests—mixture of Spanish, African, indigenous, which categorically is apart from Black. In other words, the culture is the predominant and determinant factor. But there are frustrations in being caught in a duo-culture, where your skin color does not necessarily dictate what you are.

His first encounter regarding race occurred when he had just turned six years of age. He ran toward the bridle path in New York's Central Park as he saw two horses about to trot past. Yea, horsie, Yea, he shouted! Then the White woman on horseback shouted, shut up, you F*cking nigger, shut up! She pulled  back on the reins and twisted the horse in his direction as he felt the spray of gravel that the horse kicked at his chest.

He told his Aunt Aurelia who explained what the words meant and why they were said. A month before Aunt Arelia passed away, she saw that Roberto was a little down about the whole race thing, and she said, Roberto, don’t worry. Even if Black people in this country don’t, you can always depend on White people to treat you like a Black.
Posted by W Bill Smith at 12:00 AM