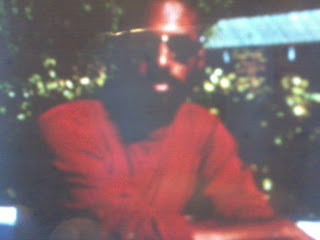 Professor Bobby Vaughn, PhD
AFRO-MEXICO
With my being a lifetime student of the Spanish language and an explorer of Black heritage in Latin America, I have, over the years, developed an admiration for Bobby Vaughn, a Stanford University Scholar and Professor at Notre Dame de Namur University who has become an expert on Mexico's Black heritage. Professor Vaughn was born in San Francisco, CA in 1971, and was raised in South San Francisco where he graduated from South San Francisco High School. He received my bachelor's degree from Lafayette College in Easton, PA with a double major in Government & Law and Spanish in 1993, He then went on to receive his Masters and PhD in Anthropology from Stanford University.


His website, Afro-Mexico presents a brief introduction to the culture, history, of Mexicans of African descent focusing on the Costa Chica region of southern Mexico where most black Mexicans live today. In another website, Bobby Vaughn's Black Mexico gives a list of personally selected sources dealing with Black Mexicans. Vaughn is also co-author of Afroméxico, a Spanish edition of Mexico's Black History