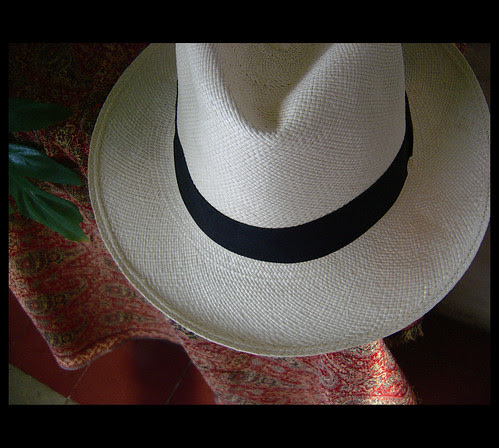 I was never into hats, and for years I went through life hardly ever wearing one; even during cold winters in New York. When I returned from Ecuador wearing one of my souvenirs, the panama hat, I was pleasantly surprised by all the compliments I was getting, and those compliments never stopped coming. Soon, I started wearing my panama hat proudly. I bought hat ribbons of different colors to match my outfits. It was in a hat store in Oakland, CA where I learned that panama hats costs a minimum of $150.00. I bought mine in Ecuador for $22.00----handmade! Wow, little did I know that the panama hat is Ecuador's biggest export. 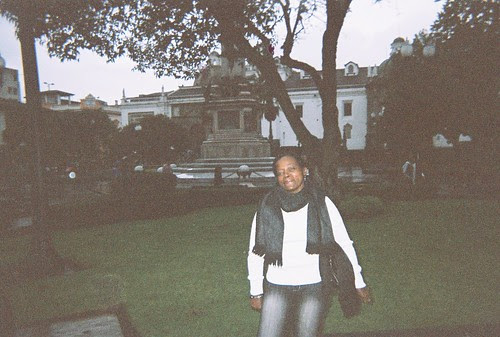 Gloria, a native of Quito, Ecuador, showed me about town and encouraged me to buy Ecuador's biggest export----the panama hat.

It was Gloria, a native of Quito, Ecuador whom I met through a FaceBook friend who accompanied me about town and to a popular tourist spot called La Mitad del Mundo on the equator. It was at La Mitad del Mundo where I went shopping for souvenirs when Gloria encouraged me to buy my first panama hat. 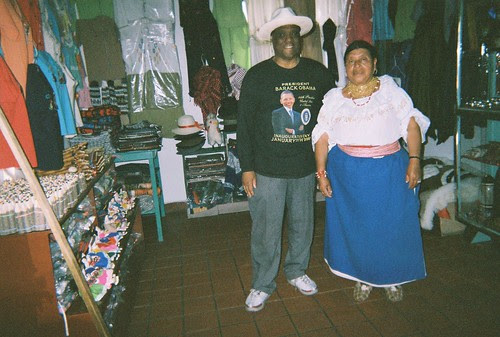 So, what's the big deal about the panama hat? Why do they call it a panama hat when it originally comes from Ecuador? The answer to this question goes all the back to the 16th Century when the Spanish came to Ecuador and saw the indigenous population wearing straw hats that covered their ears and their necks. These hats looked like the headdresses worn by nuns and widows back in Europe. Soon, the Spaniards themselves started wearing hats of the same material.

The toquilla straw is handwoven into panama hats.

In 1835, after Ecuador gained her independence from Spain, an entrepreneur established a hat production business using his own straw plantations and hired skilled weavers. He soon started exporting those hats to Panama since Panama was becoming an important commercial center. Later on he opened shops in Panama, which attracted the attention of buyers from around the world, who soon associated this Ecuadorian product with the country of Panama. Thus, the panama hat.

I've been getting a lot of compliments, especially from the women
with this Black Panama Hat from Panador

During my most recent trips to Colombia and Ecuador (for the second time), I bought several more hats of different styles to give to friends and add to my own collection.
Posted by W Bill Smith at 2:43 PM