No Racism in Venezuela?

Black Venezuelans (or Afro-Venezuelans) must be functioning in all areas of Venezuelan society; big business and all... Nice! 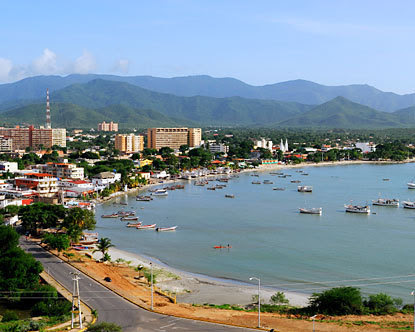 As I'm planning my trip to Venezuela this year, 2011, I could not help but to get very sarcastic with a Venezuelan I met on Thorntree, a travel site put up by Lonely Planet Publishing Company. This individual told me that there is no racism in Venezuela. I was a little incensed because I hear that from almost every person who comes from a Latin-American country. So far, the countries I've visited (seven) with a significant number of blacks, indigenous, and Asians, I noticed that these minorities are not so visible in shops, at airports, in office buildings; and not even in public transportation.

Juan, the only black journalist in his graduating class, never received a job offer like all of his other classmates.

I remember a good friend Juan, an Afro-Venezuelan, whom I met in Berkeley, CA who shared with me how everyone in his journalism graduating class in Venezuela got jobs. Juan, the only black in this graduating class, never received a job interview, let alone a job offer.

I told this Thorntree gentleman how I pleased I am to hear that there is no racism in his country. When I arrive, I'll be looking forward to seeing blacks in businesses, law enforcement, civil service, and other industries where blacks, indigenous, and Asians in the Latin-American countries I've visited are severely under-represented. And when I do see black Venezuelans and other minorities in all areas of Venezuelan society, I'm going to write my US government officials and tell them what we can learn from Venezuela.


To date, I've never heard a response from the gentleman who said there is no racism in Venezuela. However, on December 2011, I made it to Venezuela and was glad to see a greater black presence in different jobs, especially those working in immigration when I arrived at the airport. I even saw black business owners. And like other Latin-American countries, I saw plenty of interracial marriages and interracial children, especially between the blacks and the browns. However, I didn't see anything worth writing about in terms of no racism. An Afro-Venezuelan friend who herself is doing quite well stated bluntly that there is still racial discrimination in Venezuela.