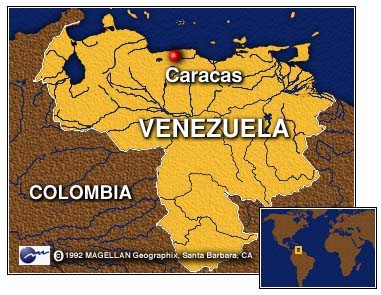 Years ago, when I decided to seriously adopt Spanish as a second language, I used to randomly make conversation with those whom I perceived to be monolingual Spanish-speakers. Because I'm black, they'd usually assume that I'm from Puerto Rico or Cuba. So, just to play with their minds, I used to tell them I'm from Venezuela; in other words, there are blacks all over Latin American, not just Puerto Rico and Cuba. Pretty soon, I started taking a genuine interest in Venezuela and have always wanted to visit. My opportunity finally came in December 2011.

Although I was only going to spend five days, I wanted this trip to be a smooth, drama-free, five-day learning experience. Therefore, I spent months doing research on Venezuelan culture and lifestyle. I studied their currency, and their public transportation. However, my main reason for visiting Venezuela was to explore the predominately black region of Barlovento where African slaves were brought to work the cacao plantations in the 16th century, and where many of those slaves escaped and found refuge in heavily armed fortresses called cimarrones.

In order to get to Barlovento, however, I had to pass through the notorious capital city of Caracas where the crime statistics makes cities like Detroit, St. Louis, and Oakland look like they are having church. Naturally, I did my research on safety measures as well. I had a co-worker from Caracas who tried to discourage me from going to Venezuela at all, and told me that he himself feels “safer” walking the streets of Oakland. Thus, I had no intentions of spending no more than a few hours in Caracas, either going or coming. 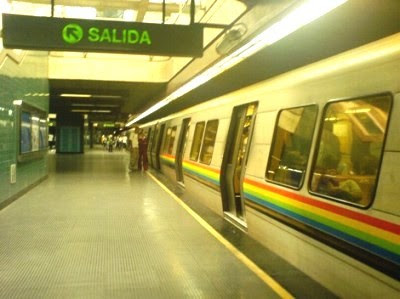 
On Thursday, December 1, 2011, I flew in from Perú where I spent the last two weeks and landed at the Simón Bolívar International Airport, which is about a two-hour bus ride from Caracas. Unlike other Latin-American countries I've visited, it was nice to see more than one black person working in immigration as they and the security staff cleared me and let me onto the main floor of the airport where I was to meet Felix, my host whom I met on couchurfing.com, a website for travelers.

Of nine Spanish-speaking countries I've visited, including Cuba, where people talk so fast that they chop their words, Venezuela is the first country where I had to tell people, more than once, to slow down because Spanish is not my first language. I've heard Spanish speakers complain about their difficulty in understanding Cubans and Puerto Ricans, but the everyday working-class Venezuelans are literally “off-the-hook!”

After picking me up at the airport, Felix first showed me the city, and we came across a band playing live Venezuelan music. I was definitely feeling these genres of music; tambor, parranda, and gaita. I really like llanero music from the plains of Venezuela, which is equivalent to the US's country and western. Like in every country, Venezuelan music is diverse. After the musical event, we took a bus to his home up into the hills.

In Caracas, as in many South American cities, the barrios (or the ghettos) are in the hills, not in the flat-lands. Felix granted me a bed in his cramped home where I met his family and his girlfriend. He also arranged for me to exchange my American dollars into twice the standard Venezuelan exchange rate. 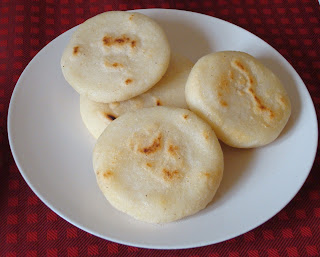 
As I dined at the dinner table with the family, for the first time, I ate a popular Venezuelan dish called arepas, made of thick corn tortilla filled with chicken, beef, cheese, or anything you want. The next morning, after eating a breakfast-arepas filled with scrambled eggs, Felix and I took the Caracas metro train around the city, and he finally handed me over to a woman whom I also met on  couchurfing.com, Maria, who has family in the Region of Barlovento, the place that I've always wanted to visit. However, I ended up spending more time in Caracas than planned, as María and I wined and dined as she showed me the city.

The next morning, María escorted me to, what I heard, was the biggest and the “baddest hood” in Caracas—Barrio Petare. This was the most convenient place to catch a bus to Barlovento, the hub of Afro-Venezuelan culture. It was in the town of Higuerote in Barlovento where María and I again dined, went shopping, and toured the area. After she got me settled in a place to stay, she had to return to Caracas for personal business, but she was worried about my safety.

Higuerote reminded me of a typical “hood” in the U.S., cool dudes strutting with their hats on backward, stores owned by Asian and Middle Eastern immigrants, and guys hanging on the corner on Friday nights. The big difference is that the people don't listen to hip-hop, they listen to salsa; they don't speak Ebonics, they speak Españolbonics (Spanish Ebonics), which was difficult for me to understand as one guy gave me a hard thuggish look seemingly wondering where I was from.  María already warned me about appearing too touristy. I assured her that I'm from Harlem and I live in Oakland; I can handle myself. She just shook her head and bluntly reminded me that I am now in Venezuela, and it's risky enough that my Spanish has a foreign accent. 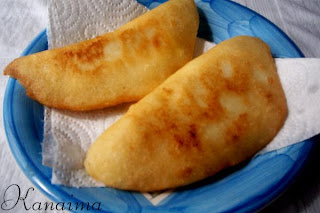 Venezuelan empanadas are so delicious they will make you scream

Unfortunately, I didn't get a chance to see the more cultural aspects of the Region of Barlovento with its African tambor music and cacao plantations, and the opportunity to meet progressive members of the Afro-Venezuelan Network. My five days were almost up, because again, I spent more time in Caracas than planned, and I had to head back to the airport.

A memorable part of my trip was a dish called empenadas, an indescribably delicious pastry, baked or fried, that I had for the first time, and like arepas, they are filled with meat, vegetables, cheese, or anything you want. The tastiest ones were made and sold by street vendors. I was hooked.

Another memorable part of my trip was the friendly, pleasant demeanor of the Venezuelan women I encountered. “Buenas días, buenas tardes, buenas noches,” I would say to various women in my presence, and they would all respond with genuine warmth. Almost every time I'd smile at a woman, she'd give me a happy, enthusiastic smile in return. One woman whom I greeted on the street smiled and referred to me as primo, which literally means cousin, but in Venezuela, it is a colloquial expression suggesting familiarity.

Overall, I was deeply touched by what I experienced from both Felix and María, which goes to show that you will always find good people anywhere, regardless of the reputation of the places you visit. As a practice, I always pray and get prayed for before every trip, and my five days in Venezuela was surely an answer to prayer.