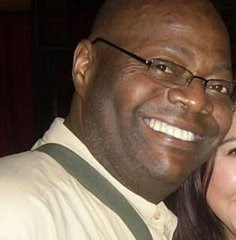 Why is it so funny when a Black man speaks Spanish? I've seen African-Americans and Latinos chuckle and look at me with disbelief and humor when I engage in Spanish-speaking conversations or address a Spanish-speaker in Spanish. Are Black people supposed be limited to English and Ebonics? I don't get it.

I remember when I first started learning Spanish, and reached a point where I could literally hold a lightweight conversation, I asked a Nicaraguan immigrant at the dinner table to pass the pepper. An African-American waitress over heard me and chuckled. She asked, what, you tryin' to speak Spanish?

Looking back on this experience, it seemed only logical to make the effort with the Spanish I already knew and grow from there. I once had a supervisor who minored in Spanish at her university, but had trouble conversing because she never bothered to put what she learned to use.

At another one of my former jobs, the corporate vice president asked me to deliver a message in Spanish to the owner of a vender renting space on company property. When I delivered the message in Spanish, a crowd of Spanish-speakers burst out laughing as though I cracked a joke. One Latin American customer almost choked on his food. It's like the damnest thing they ever heard.

One afternoon on a crowded San Francisco to Oakland commuter train (BART) during rush hour, I was conversing with a black man from Cuba and another black from Colombia. The Colombian's English was limited so we continued to converse in Spanish. I got a feeling of joy and humor noticing blacks, whites, and browns (Latinos) on that train marveling at three "brothas" conversing in a steady stream of Spanish.

OK, I'm not going to talk about the millions of Black folks who speak Spanish as a first language in countries such as Puerto Rico, Mexico, and all the way down through Argentina. I won't even talk about my time in Ecuador when a busload of Afro-Ecuadorians roared with laughter when they heard me, a Black man like them, speaking English because they were never exposed to English-speaking Black folks. Those topics are addressed in so many of my other blog posts.

Today, having worked in bilingual jobs for a number of years and having traveled to Colombia, Costa Rica, Cuba, Ecuador, El Salvador, Mexico, Panamá, Perú, and Venezuela; I was totally immersed in the Spanish language. Even if I wanted to fall back on my English because my feelings and thoughts got lost in translation, I was forced to work through it and communicate effectively in Spanish. The interesting thing about the countries I've visited, no one laughed unless I was cracking a real joke.
Posted by W Bill Smith at 8:49 PM