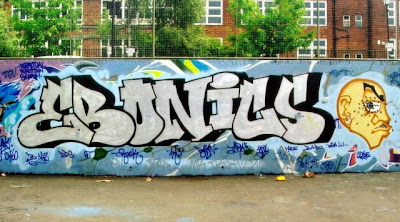 About a week before my last South American trip, I got into a discussion with a co-worker telling her how well I function in a Spanish-only environment but found Latin-American Ebonics to be a major challenge. Surprised, she remarked that she didn't know they speak Ebonics in Spanish-speaking countries? I explained to her that wherever there was a slave trade, there was a reflective dialect among the Blacks living in those respective countries, be it in English, French, Dutch, or Portuguese. In the USA, we call it Ebonics.

One of my Black Facebook friends in the Dominican Republic posted a message, which I knew was not standard Spanish. It reminded me of the Spanish I heard growing up near Spanish Harlem and the South Bronx of New York City, where she too once lived. Facetiously, I posted in response, ¿Ebónicos (Ebonics)? She clicked “Like” and responded, yes, it's Dominican Ebonics?

My brother and I, who have travel experience in Spanish-speaking countries, got into a conversation about being able to communicate with upper and lower class people, and in my case, the Black people in the countries I've visited. My brother speaks just enough Spanish to squeeze by in a Spanish-speaking country whereas I'm more functional. He tells me that the impoverished people can understand him but the upper class people cannot.

In my case, I can understand the upper class, educated people much better than I can understand the everyday working people of the Spanish-speaking countries I've visited. However, because I make it a point to be around Blacks to immerse myself in Afro-Latino cultures, I find myself struggling to understand because they speak so fast and chop their words into itsy-bitsy pieces. However, I  find that they can understand me pretty well. They never ask me to repeat as much as I ask them to repeat.

Imagine someone who is learning English and can comprehend a statement like, I want some eggs, but can they understand the Ebonic translation of  Ah wont me som' ayggs? This is what I deal with when I'm listening to Spanish Ebonics, or what my brother calls poverty Spanish.