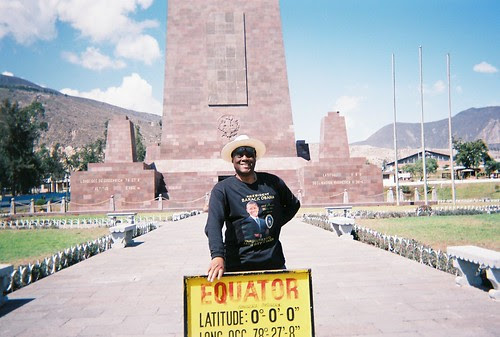 My visit to the equator here in Ecuador is only one of
the few  tourist destinations that attracted my attention.

In one of my trips to Lima, Perú, I did something that I felt was unforgivable. I stopped in the Lima Hilton Hotel to have breakfast because it was 7am and no other place was open. You might ask, what's wrong with that? Well, when I travel, especially to a Latin-American country, I want to live, breath, and function like a local citizen, and not as a tourist.  I want to go, as the expression goes, off the beaten path, and my inadvertent entry into the Hilton was tampering with the whole purpose of my trip. 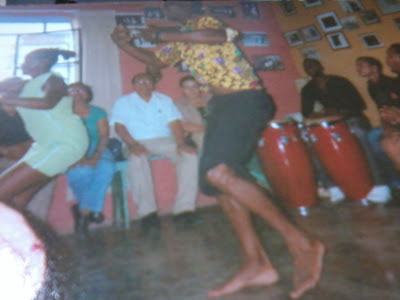 In Perú, I stayed deep in “the hood,”  and was treated to  live Afro-Peruvian dance performances.


This brings to mind a blog I recently read entitled Why the Term “Off-the Beaten Path” Annoys Me. Unlike I, who traveled to 14 countries in three continents, the writer herself traveled to more than 60 countries in six continents, and says: whenever I hear or see the phrase “off the beaten path” it makes me grit my teeth just a little bit. The writer expressed utter annoyance at the snobbery and pretentiousness of travelers, who as she puts it, think they are better than others or have had more “authentic” experiences because they’ve gone where not many have gone before. She has even heard such travelers knock other travelers for going on cruises, coach tours, and resort vacations, and I had a good laugh when she added that she has seen them scorn those who go to the Bahamas instead of Burma or Bhutan. 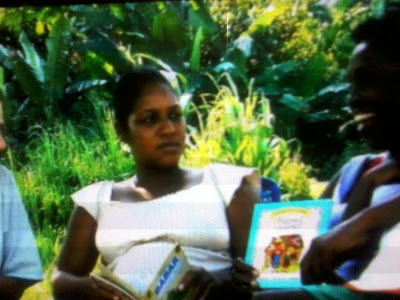 In Venezuela, my destination of choice was in the Barlovento region, the hub of Afro-Venezuelan culture.

While laughing, I thought her words were so well spoken that I had to take a good look at myself, because I felt that I might be guilty of the snobbery that she was addressing. I am one who travel with a strict preference for total immersion into the country's culture and lifestyle, and in a Spanish-speaking country, I generally avoid the company of English speakers for the sole purpose of improving my Spanish. Even when I served overseas in the US Navy, I often avoided the company of fellow navy personnel and ventured among the locals. 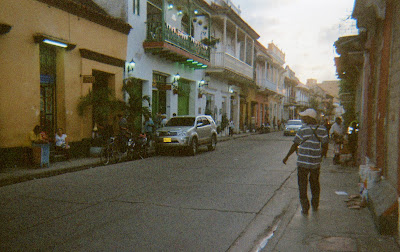 Instead of a fancy hotel, in the touristy section of Cartagena, Colombia,
I preferred the Getsamane District away from the tourist traps.

Although, I don't disparage anyone, at least outwardly, for spending their vacations at major tourist attractions, fancy hotels, and fine beaches, I do shake my head, and think to myself, geez, “how boring!”  But then again, the beaten path, as the blog writer so eloquently pointed out, is the beaten path for a reason. She explains that, people never would have flocked to, say, the Eiffel Tower if it wasn’t special in some way. In other words, the beaten path has its proven value and it should not be the object of disdain.


In my personal interactions with travelers who enjoy the beaten path, I do remind myself to be nice and show some respect because travel preference is a personal matter. After all, none of the travelers I've met ever dissed me, at least openly,  for traveling and staying in the hood where I'm saving a bundle of money; money that can be used for goods and activities that are a lot more fun than, in my opinion, staying in an expensive hotel, or paying high fees for a professional  tour guide when I could hire a struggling local citizen who is struggling to make ends meet, and would gladly except a more economical rate. Therefore, even though I'm outspoken about my own travel style, I refrain from openly demonstrating snobbery towards the travel style of others.
Posted by W Bill Smith at 12:00 AM