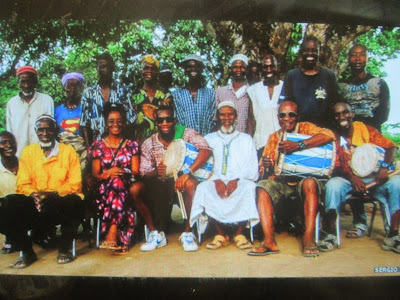 One day, I was talking to a girlfriend on the phone who happened to be of the Edo tribe in Nigeria. I played some Afro-Cuban music (rumba) over the phone, and asked her to guess which type of music it is. She responded, Yoruba! Nope, but she was close because many Afro Cubans still have connections with the Yoruba culture, including the religion, the music, and the language. Another Nigerian I spoke to who has been to Cuba told me that the Yoruba tongue spoken by Afro Cubans is the ancient version, and not the Yoruba spoken in Nigeria today.

When I arrived in Cuba, I felt like a long, lost member of the community who had finally come home. I had direct exposure to rumba music and dancing, not to mention salsa, son-montuno, charanga, and timba music, all with West African roots. Many words used among the common people of Cuba mix their Spanish with West African derived words such as wanikiki or fula (money), qué bolá, asere (what's up, bruh), chacumbele (personality).

Like Alex Haley, four black Cubans found their ancestral homeland in Sierra Leone, West Africa, and made their voyage. The article below tells the story of these Afro Cubans' journey to uncover their own roots. 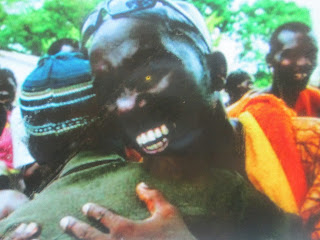 
For decades the Ganga-Longoba of Perico have been singing the same chants, a tradition passed down the generations. But until recently this Afro-Cuban community knew little of the origin of the songs, or of their own ancestors. Now, thanks to the work of an Australian academic, Cuba's Ganga believe their roots lie in a remote village in Sierra Leone from where it is thought their relatives were sold into slavery more than 170 years ago.

"When I first filmed the Ganga-Longoba, I believed their ceremonies were a mixture of many different ethnic groups," says historian Emma Christopher, of Sydney University. "I had no idea that a large number of Ganga songs would come from just one village. I think that's extremely unusual," she says. The initial breakthrough came when a group in Liberia saw her footage of a Cuban ceremony and recognized part of a local ritual.
Spurred on to seek the songs' exact origins, the academic spent two years showing the film across the region until she confirmed that the Cubans were singing in the almost extinct language of an ethnic group decimated by the slave trade.

Her inquiries finally led her to Mokpangumba, where villagers not only identified the Banta language but recognized songs and dances from the initiation ceremony for their own secret society, devoted to healing.
"That's the moment when they said: 'They are we'," Dr Christopher recalls, describing how the incredulous Africans began singing and dancing along with the Cubans on screen. They identified nine of the songs in total, despite lyrics twisted over the decades and distance. For the villagers it was compelling proof that the people of Perico were family.

Dr Christopher has singled out a woman known by her slave-name "Josefa" as the likely link between Perico and Sierra Leone. It's thought she arrived in the 1830s when the Gallinas slaving port was most active.
The local plantation owner includes a Josefa Ganga among the property in his will: below his real estate, and just above livestock.

Remarkably, Josefa survived to see the 1886 abolition of slavery in Cuba - far exceeding the average seven-year life expectancy for slaves here, where conditions were brutal - and she managed to safeguard the songs and traditions of home.

"Someone once said we originated from the Congo, but I always had doubts," says Alfredo Duquesne, an artist whose work has long been inspired by African themes but who has never known where his own roots lay.

I touched the soil and thought: 'This is it - I've come back'
~Alfredo Duquesne, Afro-Cuban

"It bothered me. I wanted to know where I came from," he explains in his single-story home crowded with woodcarvings, near where his ancestors would once have labored in the cane fields. The Santa Elena plantation has long gone. But many descendants of its former slaves still remain in the small town of Perico, including the group labelled "Ganga" by those who trafficked them.


Every December they meet to pray to Yebbe, as the Ganga call San Lazaro (St Lazarus), in a night-long ceremony of dance, drumming and song that has remained intact through the decades.
San Lazaro is a saint known for curing the sick, and is revered by Roman Catholic and syncretic faiths in Cuba. It was Florinda Diago, thought to be Josefa's great-granddaughter, who preserved their heritage in Cuba; she then entrusted that task to the current "grande dame" of the Ganga community, a frail but feisty woman in her 80s known as Piyuya.

The healing secrets have been lost, but Piyuya can still sing every chant: songs of lament and joy for the dead and in celebration. In the 1980s she wrote out their lyrics for the first time, alongside hand-drawn flowers in a now yellowed and tattered notebook. Organizing a reunion for the divided "family" wasn't easy given restrictions on traveling from Cuba at the time, and limited resources. But eventually, four Cubans did make their ancestors' voyage in reverse - to Sierra Leone.

"When I opened my mouth to sing, they just stood there staring," Elvira Fumero recalls of her arrival in Mokpangumba. "Then it was like an explosion. They started to sing the responses, and dance with me. And I knew then that this was where the Ganga came from," she says, smiling. The Cubans' journey - to Africa, and uncovering their own roots - is captured in a documentary by the Australian academic that shows the two groups singing and celebrating together as well as sharing more modern traditions like baseball.
It's still a rare experience for most Afro-Cubans. "Cuba was cut off at a time when other nations in the Americas were going through black pride and fighting for some justice for what happened to their ancestors," says Dr Christopher, who points out that the island's 1959 revolution declared racism "solved".

"That left a lot of Afro-Cubans adrift, not knowing how to celebrate where they came from and be proud of it," she says. Whilst many Cubans of Spanish descent have rushed to seek out their ancestry - and passports - Afro-Cubans have been far less anxious to do the same. But for Alfredo Duquesne, visiting Sierra Leone changed everything. "It was as if I'd just left the previous weekend. I touched the soil and thought: 'This is it. I've come back,'" he says, describing himself now as "at peace"."At last I know where I come from," Alfredo says. "I'm not a stranger any more."