Professionalism and the Lack Thereof in the Afro-Latino Community 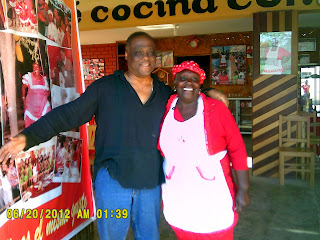 I am posing with a true professional in El Carmen, Perú;
the owner of Mamainé—Peruvian soul food restaurant


I don't know if it's a spoiled American attitude or what, but anytime, I'm parting with my hard-earned cash, I “expect” to be treated with some warmth and respect just as I would equally treat others who are putting money into my own pockets. I don't think that is an unfair trade-off.

When traveling through Latin America, I make it my business to connect with Afro-Latinos as much as possible because I want to learn more about the black experience in those countries. And if a black is running a business, or at least trying to, I want to patronize that business.

In the predominately black Region of Barlovento, Venezuela. I had an empenada that was so tasty I wanted to scream. The problem was that the vendor who served me had no personality, and none of the customer service etiquette that you would expect from someone taking your money. There was no  greeting, no “thank you,” nada!

Putting myself in her place, I imagined how much money I could make with her superior product, and how I would accompany such a product with a smile, a greeting, small talk, and a “thank you” to each person giving me business.  There is an old saying in the sales profession: “people buy 'you!'” In other words, if you want to make the money, make an effort to connect with people, and that will motivate them to want to patronize you.

Truthfully, I was hoping to establish some kind of rapport in our little business transaction letting her know that I'm visiting from the U.S. and would like to learn more about her community. I thought that such a rapport and small talk would result in my getting some leads on where I could go and who I might meet to help me with my cultural exploration. Tipping her nicely would have been my greatest pleasure had she even attempted to show a little professionalism. 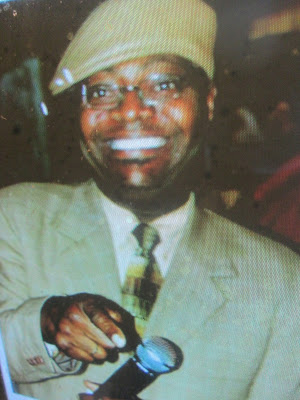 The late Afro-Peruvian singer, Pepe Vazquez, was highly
engaging when I attended his event in San Francisco, CA

In El Carmen, Perú, labeled the hub of Afro-Peruvian culture, I approached a black woman inquiring about her food service. She had tables set up inside and outside of her house serving chicken dinners. Again, no personality. You would think she'd appreciate and welcome a potential customer ready to put money into her pocketbook.

Intending to still patronize her business, I stopped by my goddaughter's house and offered to treat her and members of her family to a meal. But my goddaughter's uncle suggested another spot owned by mestizos where the food tastes much better, and the customer service is much more pleasant and welcoming; it certainly was. 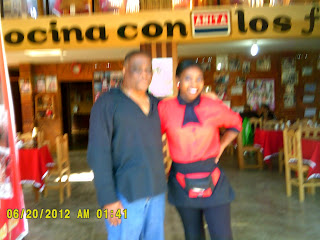 I am with Maribel of Guyabo, Perú who demonstrated a nice personality and good service. Of course, I tipped handsomely. That is the way it supposed to be!

In Cartagena, Colombia, a black street vendor seemed so nice that, even though I didn't purchase anything, I paid her something just to be supportive, and she thanked me humbly. I approached some other black vendors with the purpose of patronizing them, and with the exception of a couple who were very warm, their attitudes appeared to be what we black Americans call “ghetto.” However, just to be fair, it's not always the black ones. I've seen some mestizos, indigenous, and whites take their customers for granted as well.

A common argument I hear, which I find bogus, is that you have to consider the culture. Such an argument would make sense in countries like Cuba or North Korea, where the profit you make is not necessarily yours, but in a capitalist society, regardless of the culture, money is money. Showing some class and customer-service skills without kissing ass, I might add, goes a long way in attracting and retaining customers, which inadvertently leads to more money.