The Mother of Afro-Peruvian Dance and Theater 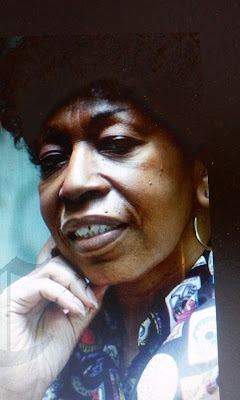 Victoria Santa Cruz
My heart swelled as this little Afro-Ecuadorian girl in the video below, no more than five years of age, passionately shouts her poetic black pride in her black community of Esmeraldas, Ecuador. She blatantly reminded me of the poetry by Afro-Ecuadorian poet Nelson Estumpiñan Bass, a contemporary and friend of African-American poet Langston Hughes.

However, it was the late Victoria Santa Cruz, an Afro-Peruvian choreographer, composer, and activist. and the mother of Afro-Peruvian dance and theatre who herself was about 7 years old when she encountered her first taste of racism as an Afro-Peruvian – an experience that has been immortalized in her poetry in song form, Me Gritaron Negra (They Call Me Black).

Despite her young age, she delivered her poetic lines with intensity, and this video is just one example of Santa Cruz’s legacy. In her poem, Santa Cruz rejects Eurocentric beauty standards and decides to move forward with black pride.

When Victoria was young, she was the only black person among her group of friends. “One day there was a little girl among them with blond hair who stated to her friends, “if this little black girl wants to play with us, I’ll leave!” It came as a big surprise when her friends concurred, telling Victoria that she could leave in compliance with the dictates of the blond girl, and yes that hurt her.

Victoria never forgot the experience, and it changed her to the point of being stimulated to learn what it means to stand on her feet without looking for someone to blame; suffering but discovering. She began to discover life. She never told her parents about the incident.

Performing was Victoria’s claim to fame. Around the year 1960, Victoria and her brother Nicomedes started a theater company named Cumananá, and revitalized the Afro-Peruvian culture.” Victoria, for example, revitalized an ancient dance with roots in African, Spanish, and Andean roots called the zamacueca.