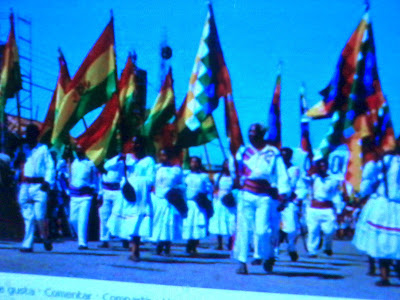 
A young, African-American girl used to tell a good friend of hers at the Harriet Beecher Stowe Intermediate School here in New York that she is black, and not Latina. That comment infuriated Marta Orozco so much that she blurted out Spanish expletives in heated protests. She shared her concern with her mother who assured her that indeed she is Boricua (Puerto Rican), and not black.


What Marta, her school friend, and her mother failed to realize is that you can be both black and Latina as Marta's parents were born and raised in the predominately black city of Loiza in Puerto Rico. They, as so many others, overlook the fact that black is a color, and Puerto Rican, Dominican, and Mexican are nationalities; nationalities that come in all colors, not just what you see on Univisión or Telemundo.


At home, Marta comfortably spoke Spanish with the family, and listened to salsa, bomba, and plena music while gulping down their favorite Puerto Rican dish, asopao, a hearty gumbo made with either chicken or shellfish, or when the budget ran low, with gandules (pigeon peas). 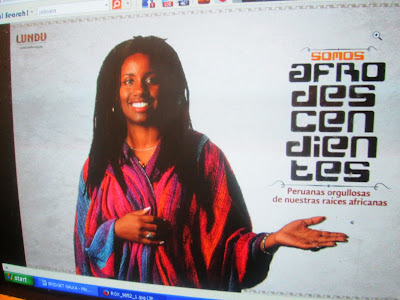 Outside the home, things were frustratingly different for Marta as many of her Spanish-speaking neighbors and schoolmates would not acknowledge Marta in her native tongue, Spanish, solely because of her skin color, and her black American friends astonished that she even speaks Spanish, often told her that she does not even look Latina.


Well, here is an indisputable fact; real Latinos are of African, Asian, European, Indigenous, Jewish and Middle Eastern ancestries, not to mention many more of mixed races. Such a fact became very much alive during my travels through nine Spanish-speaking countries where I had direct encounters with racial and ethnic diversity.


In Venezuela, I entered a meat market owned by Middle Easterners who were pleasantly surprised when I greeted them in my basic Arabic. At a Chinese restaurant in Perú, I had to order in Spanish (or Cantonese) if I was going to be fed. At the same time, I enjoyed black music of festejo in Perú, marimba in Ecuador, and champeta of Colombia. I appreciate saya music of Bolivia and candomble of Uruguay; both black music as well. 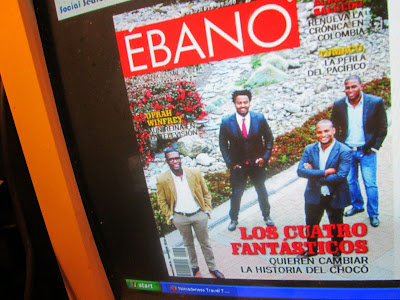 The cover of Colombia, South America's version of Ebony Magazine


Marta is not alone in this great revelation as there has been an ever-growing surge in the number of Latinos throughout the Americas embracing their African heritage; many of whom I met during my travels.


I also met Afro-Latinos in Cuba, Peru, Panama, and Colombia who have been deeply in touch with their African roots for centuries. I felt proud of my Afro-Peruvian goddaughter while teaching her to play chess. I told her that I will take the black pieces because I am black. She immediately tapped her arm stating that she is black too.

English Translation:
I am a black Mexican
Recognition of (Mexico's) black community
Equal rights in Mexico City
As a member of Facebook's Afro-Latino forum of nearly 6,000 members where we celebrate Latinos of African ancestry, I am wishing for greater mesh between the members who are English speakers only and the members who are Spanish speakers only. I generally give the Spanish-speaking members who posts their messages in Spanish my acknowledgment such as Freddy Cevallos of Ecuador whom I met personally during my visit to his country for our black on black cultural exchange.


I have Facebook friends in some of the most unlikely places where black pride could be recognized as being so strong, and are on my list of places to visit and explore; Argentina, Bolivia, Chile, and Uruguay where more and more black folks are saying it “loud;” they are black and they are proud!