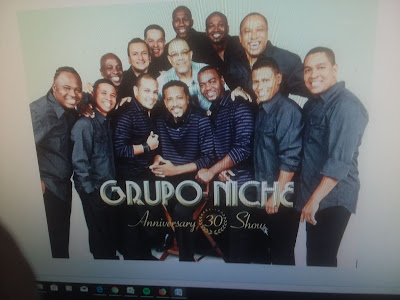 This is my favorite salsa band of all time with it's lively, yet suave musical style. The word, Niche (pronounced Knee-Chay), in Colombian Spanish, describes the darkest-skinned black people. The group was founded and lead by the late Jairo Varela, which became the first salsa group to gain a wide international following. Mr. Varela took the salsa music traditions of Puerto Rico, Cuba, and New York and mixed it with the black music of his home province of Chocó in the nation of Colombia leading his band to seven gold and four platinum records.

Maestro Jairo Varela, who pulled himself out of poverty in Quibdó, a tiny village in Chocó on the Pacific coast of Colombia, asserted that his music is not Colombian, but of African influence based in his predominately black province of Chocó. 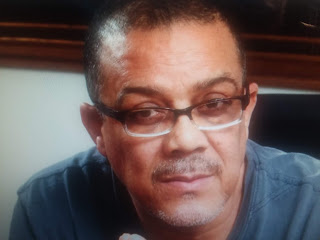 With Varela, who boasted of having the best-paid salsa band in the world, how is it that he could be sentenced to three years in prison for allegedly having business dealings with major drug traffickers? He contended that Colombian prosecutors were willing to believe that his income was ill-gotten because he is black in a country where few black residents have his kind of income. Varela insists that Colombian racism is quite clear.

Even during my own short visit to Colombia, such as in the predominately black and brown City of Cartagena where I noticed that the whiter a person, the better the employment, and the darker, the more menial. I went into banks to do business and saw not one black or brown face; that is with the exception of a security guard.

While in jail, Jairo Varela enjoyed a private cell due to his celebrity status, and was able to manage his band by cell phone. This was in he began thinking deeply about justice and racism, which was reflected in his music. 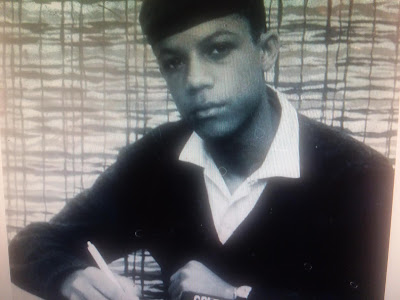 A Young Jairo Varela
Despite, Jairo Varela's incarceration, his popularity has not suffered. Mr. Varela  was invited to appear on live television program, where former members of his band performed boleros in Mr. Varela's honor. The show, ''Noche de Luna (Night of the Moon),'' was broadcasted on Spanish-language stations from Canada to Perú. ''People were absolutely convinced of his innocence believing that his wealth and influence got him into trouble with the law in a country that is not ready to accept a successful black man.

Below is a song Jairo Varela wrote while incarcerated. The song is about being away from all of his loved ones and that “freedom is a treasure whose value you don't know until you've lost it.''