My Story Behind African American-Latino World 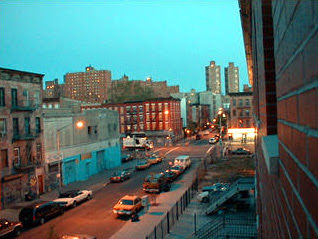 It was in East Harlem where I experienced a cultural exchange with primarily the Puerto Rican community.


A client was in my office discussing the matter at hand, when suddenly, our conversation drifted to a topic directed at me. “So you are Black,” this client commented. My response, “the last time I looked in the mirror I was, why?” She says because you got all this Latin stuff on your wall. I asked her, what about the pictures of John Coltrane, Muhammad Ali, and Miles Davis that were also on my wall? She pointed out that those pictures were overwhelmed by pictures from Perú, Colombia, Venezuela, and other places I've traveled. Well, I have to admit that I do have a passion for Latin culture, and many people from different ethnic groups, including Latinos have asked why. 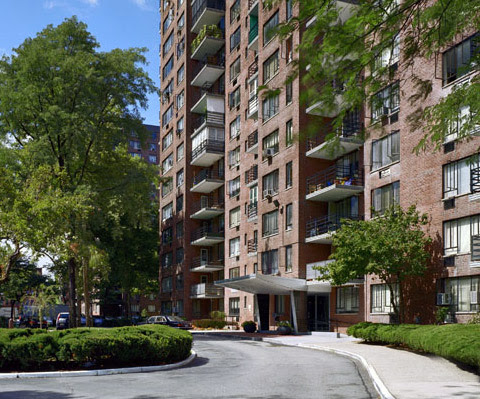 The Lenox Terrace on New York's 5th Avenue in Harlem, where I lived as a child, was the dividing line between East and West Harlem.

It all started with my attraction to Latin music, namely salsa, as a child growing up on the borderline of East and West Harlem in New York City. East Harlem contains a large Spanish-speaking population, mostly Puerto Rican. As a child, I noticed a lot of cultural exchange between African-American and Puerto Rican communities being that we lived side by side. We went to the same schools and community centers. It was common during the spring and summer to see African-American and Puerto Rican musicians in Marcus Garvey Park, across the street from my old Middle School in East Harlem with their conga drums, bongos, flutes, and other percussion and wind instruments jamming to jazz and Latin jazz tunes. Walter, an African-American friend from Brooklyn, noticed my large collection of salsa and Latin jazz albums in my room. He told me that I was turning into a Puerto Rican. 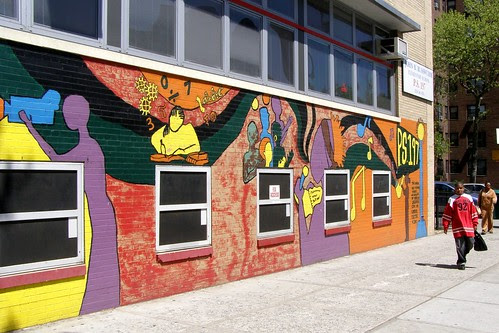 
Even people in the Spanish-speaking countries that I've visited have assumed that I too am Latino. In Ecuador, a cab driver asked me, “es usted caribeño?” In other words, am I Puerto Rican, Cuban, or Dominican. When I later crossed the border into Perú, I was stopped by the police three times because they thought I was an illegal alien from either Ecuador or Colombia. One cop thought my American passport was fake and asked me a lot of intense questions to make sure my answers were consistent with what was in my documents. I said to myself, dang, is my Spanish that good? Why is he tripping? When he first approached me I snapped at him in Peruvian slang, despacio, mi español es monse--slow down, my Spanish is whack! When the officer was finally done interrogating me, I said to him, gracias por la práctica en español (thanks for helping me practice my Spanish). The officer responded with, ¡Ya!, meaning  yeah, yeah, yeah. He really thought he himself a bribe or bust..

I learned about the African presence from Mexico and the Caribbean and all the way down through Argentina.


What my college friend who says I'm turning into a Puerto Ricn, did not realize, and neither did I at the time, was that this hot Latin music that was turning so many people on, has African roots.When I was younger, I spent a lot of time reading up on black history, which inadvertently led me to learn black Latino history, which involves a different language and different cultures, but the same roots. It was at the Arturo Alfonso Schomburg Center for Research and Black Culture on Lenox Avenue, now Malcolm X Boulevard, in Harlem, New York, which by the way is named after a Black Puerto Rican, where I learned about the African presence and influence on Latin-American cultures from Mexico and the Caribbean, all the way down through Argentina.

The Schomburg Center for Research & Black Culture, a branch of the New York Public Library


However, it wasn't until late into my adulthood, fueled by my love for salsa and Afro-Cuban music, when I wanted to adopt Spanish as my second language. My late Mexican-American friend, Yolanda Gutierrez, encouraged me to learn the culture as well as the language. As badly as I wanted to take Yolanda's advice, she confused me. There must be at least 15, 16, or 17 different Latin American cultures. Exactly where was I supposed to begin?

It was my love for salsa and Afro-Cuban music that reignited my desire to learn to speak Spanish.

Well, I took the easy way out. I started reading about the cultures of which I enjoyed the music; son-montuno from Cuba, bachata from the Dominican Republic, and Landó from Perú. Then, I expanded to other Latin-American musical genres, like tambor from Venezuela, punta from Honduras, and marimba from Ecuador. I began traveling to selected Latin American countries to explore their black experience. As of today, I've visited 22 cities and towns in 10 countries, including Miami, Florida, which I consider to be an honorary Latin-American town where people, especially Cubans, are in-your-face proud of their language and culture. I remember walking into Cuban restaurant, and the cook asked in broken English, “can I help you?” When I began to order in Spanish, she, her co-worker, and a even a customer were so happy that they made me feel right at home. I don't always get that reaction when I'm in New York where I grew up, San Francisco where I work, or Oakland, where I live.

My itinerary for 2012 includes Honduras and Guatemala in May, and Perú and Chile in December. The way it looks, I'm going to continue learning the Spanish language and various Latin-American cultures, particularly the black cultures until I'm on my deathbed. Until then, my blog, African American-Latino Word continues.
Posted by W Bill Smith at 2:09 PM