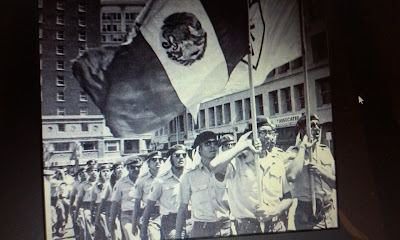 I felt inspired to write this piece because of the many conflicts and polarization between black Americans and Mexican Americans. I cite ignorance in both communities, especially among the youth. There was a time when we knew better. As a black American, I will always remember and honor the Mexican-American Brown Berets as much as I remember and honor the Black Panther Party. 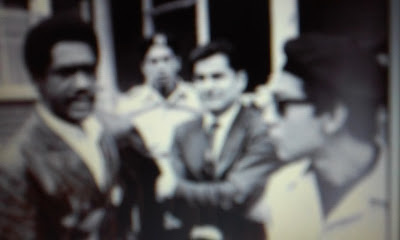 The Brown Berets was a group of Mexican-American revolutionaries from the barrios of the Southwest that emerged during the Chicano movement of the 1960s. The Chicano movement, or El Movimiento, was an extension of the Mexican-American Civil Rights Movement of the 1940s. Like the Black Panther Party, the Brown Berets were involved in community projects in their struggle for self-determination and social justice. 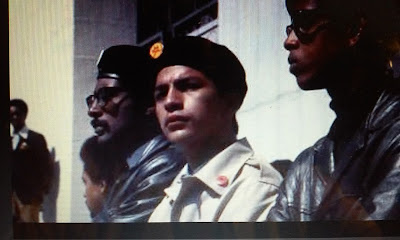 Black Panthers and Brown Berets in a show of force.
In 1966, as part of the Annual Chicano Student Conference in Los Angeles County, a group of high school students discussed different issues affecting Mexican-American communities, and subsequently formed the Young Citizens for Community Action, and later named Young Chicanos for Community Action (YCCA). The YCCA decided to wear brown berets to symbolize a united struggle with the Black Panthers against police harassment, inadequate public schools, poor job opportunities, inadequate political representation, and the Vietnam war.  Their newspaper was La Causa (the Cause). 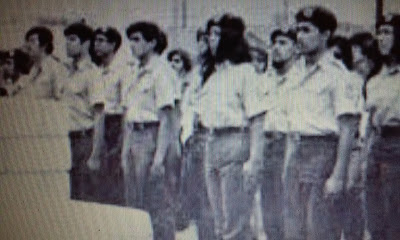 Like the Black Panthers, they also organized free medical clinics and breakfast programs. They also came to be known for their direct action against police brutality, protesting murders and abuse by law enforcement agencies. They supported César Chávez and the United Farm Workers movement, the Land Grant Movement in New Mexico, and even participated in the first Rainbow Coalition involving the Black Panther Party, Young Patriots (white anti-racist organization), and the Young Lords (Puerto Rican allies of the Black Panther Party), and were involved in the Poor
Peoples Campaign in Washington DC.

As the story goes with the Black Panthers, the Brown Berets, the Young Lords, and the Young Patriots were weakened, diffused, and eventually disbanded through police and FBI infiltration.

Email ThisBlogThis!Share to TwitterShare to FacebookShare to Pinterest
Labels: Mexican-American