Is it Un-American to Speak Another Language? 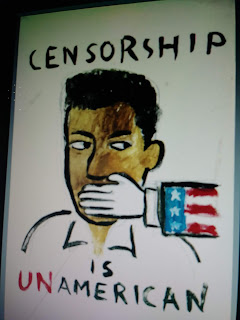 What is so UN-American about

Yes, I had a good laugh, but what is even more interesting is the number of children of immigrants from Latin America, Europe, and Africa that I've met personally whose parents did not permit their children to learn their native tongue because they wanted their children to be real Americans. What the hell have these people been smoking?

What is so UN-American about the ability to speak two, four, or six languages? I myself was born and raised in the USA to African-American parents. My father and I both served this country in foreign wars. Yet, I have been knocking myself out for years trying to master a second language, Spanish, and am also able to greet and meet in more than six other languages. Does this make me any less American? I don't think so!

One day, I went to a dry cleaners where the owner, an elderly woman of Mexican-American ancestry, told me that she didn't learn to speak Spanish until she was in her 40s. Her motive was to get reconnected with her original culture. Unfortunately, her parents didn't want her speaking Spanish in the home. They insisted on English-only so she can be a fully indoctrinated American.

One of my fellow church members of Castillian Spanish ancestry asked me why I was learning Spanish. His tone of voice indicated to me that there is something wrong with the language. To date, I've traveled to nine Spanish-speaking countries being totally immersed in the language and still don't see any reason why Spanish has such a bad rap among so many native speakers here in the US.

I strongly believe that mastery of more than one language helps us to expands our consciousness, awareness, and compassion in many ways. Here are the Top 10 reasons of Learning a Foreign Language.