African-American in a Spanish-Speaking Texas Town 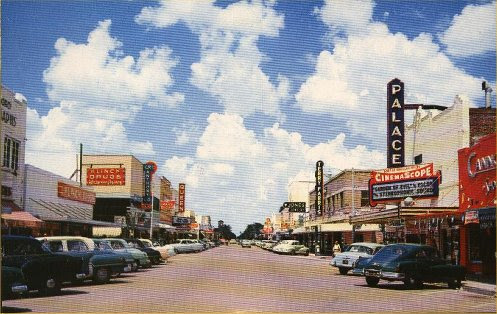 This post is from a fellow blogger, Jelisa Jay Robinson, at Black Girl Latino World. Her blog has a focus of bridging the gap between the African-American and Latino communities.


The looks you get when you speak Spanish in Texas are hilarious! I'm a noticeably Negra, there is no doubt about that. So it always trips people up when I speak Spanish with a better accent then they expected me too. "You speak Spanish so well? Where did you learn?" "Are you like Afro-Latino?" No, I just love the language, the culture and connecting it with my own.


When I found this blog, I was looking for other African Americans who felt passionate about Afrolatino culture. It was like "Okay, people who look like me exist." As I started getting more and more involved in Austin I found people that shared the same interest. Black people! Like my my friend Olivia who learned both Spanish and Portuguese. It started with Omar in the fifth grade. I was smitten so I learned all the ways to say "You are fine." Of course, I never told him these things! Learning the language has opened my life to new experiences, new people and communities. When I visited McAllen, Texas, a primarily, Hispanic city, I was able to have conversations with people I met. Using the language, I think, makes the stories and jokes easier to understand.

There is a down side. Sometimes people question your "authenticity as an African American. "So you think you Mexican?" Or maybe sometimes Spanish Speakers will make it a point NOT to speak to you in the language. To that you just keep it moving. You know who you are, your passions and what makes your heart sing! For me that's spanish, Afrolatino culture and great nights out dancing until my feet hurt. And dance is a universal language.
Posted by W Bill Smith at 11:24 AM