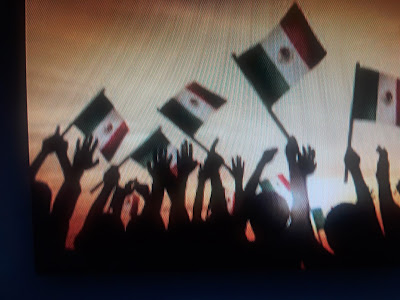 
In 2006, Chicago’s National Museum of Mexican Art revealed the missing chapter in Mexican history with a groundbreaking exhibition, “The African Presence in Mexico.” As Mexico celebrates her Independence Day, I am never surprised to meet Mexican nationals and Mexican-Americans, not to mention so many of my fellow African-Americans, who are unaware of Mexico’s third root -- there is the indigenous,  there is the Spanish, and there is the African.

This is understandable because after centuries of interracial marriages (and “relationships”), the sub-Saharan African presence in Mexico took a much sharper decline than most other Western nations with a history of slavery.

It was the late anthropologist and professor at Mexico’s University of Vera Cruz, Gonzalo Aguirre Beltrán, who published interesting facts in his book, La Población Negra de México (the Black Population of Mexico). One of the facts he pointed out was that more than 500,000 African slaves were brought in through Mexico’s Port of Vera Cruz from the time of the invasion of Hernando Cortez until the day of Mexican independence on September 16, 1810.

I recently engaged in a conversation with an immigrant from Mexico’s State of Guerrero, where the resort city of Acapulco is located. She was so surprised when I told her that her state is named after her country’s liberator General Vicente Guerrero. I didn't share the fact that this liberator happens to be the son of an African slave mother and a Mestizo peasant father, and abolished slavery in Mexico after becoming Mexico’s second president in 1829. She seemed overwhelmed just with hearing how her state got its name.. 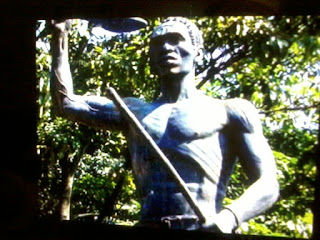 A statue of Gaspar Yanga who who freed his Mexican town of runaway slaves from Spanish rule almost 200 years before the rest of Mexico.

It was the diligent work of Vicente Guerrero’s grandson, a writer, an attorney, a former military general, and Mayor of Mexico City, Vicente Rivas Palacio, who made Yanga a national hero as he published accounts of Yanga’s revolutionary valor against Spanish forces in an anthology in 1870.

In the book, No Longer Invisible: Afro-Latin Americans Today by Minority Rights Press, the writer/researcher Jameelah Muhammad pointed out that the African presence in Mexico is a subject often denied, but people of African descent have influenced every aspect of Mexican life, culture, and history.

Blacks played major roles In Mexico’s war of Independence from Spain believing this will help to end slavery and the caste system. Full blooded black men in leadership positions in the Mexican revolution included Juan Bautista, Francisco Gomez, and José María Alegre. According to some historians, it was the Ejército Moreno (the Colored troops) who launched the independence struggle on behalf of Mexico.