Black on Black Racism in the Dominican Republic 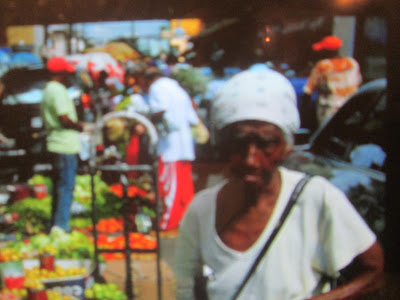 Haitians and dark-skinned Dominicans
confront racism on a daily basis.


Here in California, I don't meet too many people from the Domincan Republic as most of them are on the east coast of the USA. However, I did recently meet a couple of light-skinned Dominican woman at a bus stop where we got into a brief conversation. Both were fine looking and rather friendly compared to what I hear about Dominicans and their attitudes towards black people.

One thing that stood out about them is that their hair looked as though they were fresh from a beauty parlor. This is a big deal in the Dominican Republic, making your hair look as straight and Eurocentric as possible. Although, these two women were of color, I thought they would have looked just as good with curly or frizzy hair. However, anything making reference to an Afro-centric or Haitian look is beneath the average Dominican.

In a country where 90% of the citizens have African ancestry, the self hatred among Dominicans of color is unfathomable. Black Dominicans have gone as far as lynching black Haitian-Dominicans trying to drive the Haitians, even though they were born in the Dominican Republic, back into Haiti.

The African-American woman who wrote the article below is black and proud, and describes a conflicting experience living in the Dominican Republic.

My only question to her would be why did she choose the Dominican Republic to live and teach English versus other Latin-American countries where racism and internalized racism is not nearly as steep? She says, going to the Dominica Republic would give her a break from the racism that she experiences in the US. Wow was she mistaken.

Below is the link to the article followed by a copy of the actual article itself.

My Struggles as a Black American in the Dominican Republic


When I lived in the Dominican Republic, there was a point when the jeers from the streets, shouts of “Arréglate ese pelo!” (Fix that hair!) and mocking gestures about my prominent pajón (afro) became too much to deal with. In a country of complex racial dynamics, where straightened hair is a social currency and billboards depict curly-haired women with the headline “Your hair deserves better,” natural or curly hair, colloquially referred to as pelo malo (bad hair—also a term used in the black American community), is sometimes viewed as a marker of Haitian identity. While many Dominicans vehemently deny the role of race in the current controversy over the deportation of Dominicans of Haitian descent and Haitian migrants, the treatment I received while living in the Dominican Republic (and often being mistaken as Haitian) suggests the contrary.

As a black American from the South, I initially (and perhaps naively) thought I’d catch a break from the daily racism I experienced in the U.S. As with black Americans, there are Dominicans (and Haitians) of every shade. I welcomed the idea of living in a country where most people looked like my family members and me, as 90 percent of the Dominican population has black ancestry.
However, it wasn’t long before I encountered a familiar, yet foreign, racism. While I realize that experiences vary and my story is one of many, it is certainly not the exception. Whether in the form of racial slurs or extreme violence, both Haitians and dark-skinned Dominicans alike confront racism on a daily basis. After continuously feeling like a walking target with my sizable pajón, I decided to carry hair ties for the days that the taunts became unbearable.

I arrived in Santiago, Dominican Republic as an English professor one month before Sentencia 168/13, a Supreme Court ruling that revoked the citizenship of Dominican residents whose parents were born outside of the country as far back as 1929, unless they could regularize their status. In the months that followed, lynchings of Haitians became more frequent, according to media reports. Black American friends that had come to study abroad were harassed and interrogated by police about their nationality. After my friends explained that they were Americans studying abroad, the officers scoffed at them, laughing that “esa se cree americana pero es haitiana” (this one thinks she’s American, but she’s Haitian). Even my Dominican host sister, whose surname was French in origin, encountered complications with government agencies that questioned her Dominican identity. I began to realize that the recurring treatment my colleagues and I were receiving was probably a result of intensified anti-haitianismo following the Supreme Court ruling.
Most of my fellow U.S. English professors condemned the ruling, though others viewed it as the Dominican Republic exercising its sovereign right to regulate immigration within its borders. Some of my Dominican and Haitian students criticized the ruling as discriminatory, while others adamantly defended the court’s decision. However, few dared to denounce it as racist.

I was no stranger to discrimination in the Dominican Republic, having endured taunts, repeatedly been denied entry to clubs, and received regular slights during my time there. With both the history of Hispaniola and my own experience in mind, I know the court’s ruling was founded upon anti-haitianismo that the country has yet to reconcile. In the words of Junot Díaz, “if we do not begin to practice the muscles of having a possessive investment in each other’s oppressions, then we are in some serious trouble.”
Posted by W Bill Smith at 2:18 PM