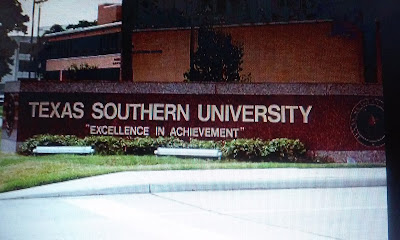 Texas Southern University in Houston, Texas is one of the leading HBCUs attracting Latino students.

According to the White House Initiative on Historically Black Colleges, there are 106 such institutions in 20 states from Pennsylvania to Oklahoma, which produced the likes of Dr. Martin Luther King (Morehouse College), Toni Morrison (Howard University), and Oprah Winfrey (Tennessee State University).

During my young years, African-American students made up 90% of enrollment at Historically Black Colleges and Universities. The exceptions whom I personally knew were two Puerto Rican members of our black American swim team, the Milbank Barracudas in Harlem, NY, and members of a rival Puerto Rican team from Spanish Harlem, NY, (Jefferson Park), where both teams served as recruiting grounds for the powerful Morehouse College's Tigersharks swim team that received accolades in Jet, Ebony, and Sports illustrated magazines.

Then there was a popular Latin Music DJ, Pedro “Sababu” Romero, from Brooklyn, NY who attended Shaw University, an HBCU in Raleigh, NC who brought his Latino culture with him airing salsa and merengue music over the campus radio station for the many Latin music fans attending the university.

Bobby was skeptical when he first arrived not knowing it was a predominately black school when offered a swimming scholarship, but was quickly embraced by his classmates. As a Latino who always preferred Latino girls, he ended up being engaged to an African-American. 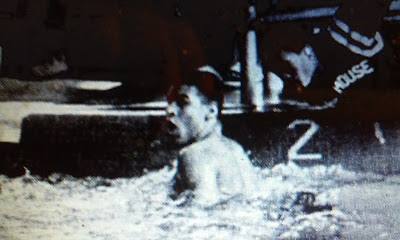 Record-breaking All-American swimmer Juan Lieba of Morehouse College
was recruited from my home team, the Milbank Barracudas in Harlem, NY

Fast forward to today with black American enrollment at most Historically Black Colleges and Universities (HBCUs) as low as 70%, and Lincoln University in Missouri, founded by black veterans of the Civil War, having a black student enrollment of 35 percent, according to the National Center for Education Statistics, more HBCUs are reaching out to Latinos for recruitment.

In a recent article, it was reported that HBCUs in Texas, such as Texas Southern University (TSU) and Prarie View A&M, are taking the lead in such efforts. TSU even markets itself on Spanish-language radio and other Latino media.

Angélica Erazo, from Houston, Texas who came to the U.S. as a child with her family out of Honduras, Central America sought out a small college where she could major in political science and play soccer wound up obtaining a scholarship at Huston-Tillotson, an HBCU in Austin, TX where Latinos make up 19% of the student population. She, along with many other Latinos, felt very much included among the African-American student population who were excited to see more cultural diversity on campus.

These Latinos are learning what many black American students knew all along about HBCUs; the faculty takes personal interests and pride in the progress and advancement of their students, and are trained to give that special help to make sure graduation takes place.

HBCUs tackle problems with unequal government funding and declining enrollment due to larger schools that once discriminated against blacks having opened their doors. This forced some schools to close. Such a trend reaffirms the HBCU mission to educate people often oppressed in society.
Posted by W Bill Smith at 11:35 PM