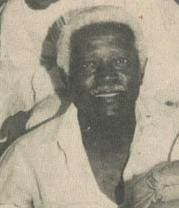 It was in 2003 when I first saw the dance troupe Perú Negro (Black Perú) at the Yerba Buena Gardens in San Francisco. In 2005, I made my first of four subsequent visits to Perú over a period of five years. With my having met more than my share of Afro-Peruvians, particularly in Southern Perú, and after hearing about the Yungas of Northern Perú, I've come to the conclusion that Afro-Peruvians, like African-Americans, come in a wide range of colors; from light, bright, and darn near white, to deep dark complexions. This was the Perú Negro I saw in Yerba Buena Gardens.

However in 2006 and 2008, when Perú Negro performed at Zellerbach Hall on the Berkeley campus of the University of California, I noticed something very strange. Most of the performers were of light complexion and did not show much of the diversity of skin tones, which represented the blacks that I personally saw in Perú. With racial discrimination being so prevalent against blacks, Asians, and descendants of the Inca and Aymara people, why is such racial discrimination being practiced against darker Afro-Peruvians; the very people for whom the late founder Ronaldo Campos promoted as the ”ambassadors of black Perú?” While I was in Perú, I seldom saw blacks working in shops, restaurants, hotels, or working in public transportation. Even in the province of Chincha, a heavily populated black area, blacks were underrepresented. 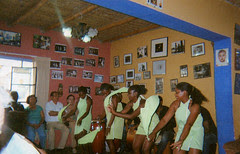 Any of these dancers from El Carmen, the hub of Black Peruvian culture, would jump at the opportunity to join Perú Negro. 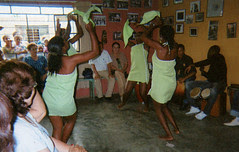 An Afro-Peruvian friend, now living in Toronto, explained that there aren't as many black people left in Perú due to intermarriage. I thought she made a good point because I did see a lot of interracial marriages and interracial children. Personally, I think multi-racial performers with some African blood should certainly be included in Perú Negro, but not overwhelm it; just my humble opinion.

They Consider Me Family
Posted by W Bill Smith at 3:26 PM