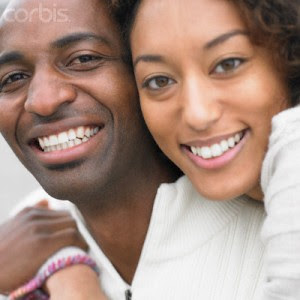 ♥
When I met Gwen, a fair-skinned Puerto Rican woman of mixed racial ancestry at the church I used to attend, there was a strong mutual attraction. The first time I asked her out, she cheerfully and excitedly gave me her phone number. When I called, her passionate response was, name the time, name the date! And it was on—so I thought!

After our date, Gwen became very distant refusing to go out with me again saying that it was only an attraction; nothing more. Yet, other church members and I consistently caught her watching me intently from a distance. She even acted somewhat hostile toward another woman whom I started seeing. Word got around the church that Gwen's mother did not want her getting involved with black men; only whites and non-black Latinos; preferably a fellow Puerto Rican.

I've heard of other cases where Latino parents threatened to disown their daughters if they were to marry a black man. As disgusting as this sounds, it seems to be only a minor example of Latin American racism, which so many Latinos I have met deny exists. 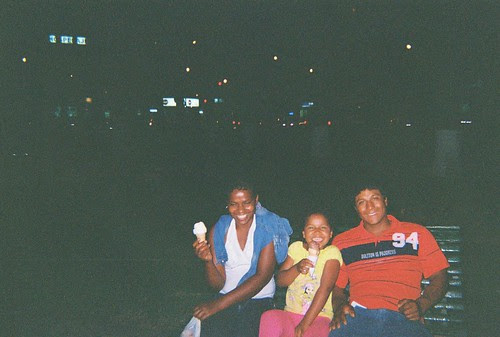 In the book Boricua: Anthologies of Puerto Rican Writings, it was pointed out that many Puerto Rican parents told their sons and daughters not to bring blacks home. I'm not sure if that included black Latinos or just African-Americans.

I do know that a lot of black Latino families, not all, encourage their children to improve the race, as they call it, by marrying someone lighter or white so their children will experience less racism. From my personal interactions with Latin-American women, here and in Latin-American countries, it is usually the fair skinned ones, like Gwen and the white ones who seem to take more of an open interest in me. The black ones, as a rule, didn't seem to take me too seriously, with the exception of a couple who wanted what was in my pants [wallet] because I'm a gringo.


Through my own travels to various Latin-American countries, I've observed a lot of interracial dating, marriages, and mixed children through marriage as well as wedlock. However, from my own observation, the interracial relationships are primarily among those in the lower portions of the economic ladder being that “class” is a bigger issue in Spanish-speaking countries than race.

It was brought to my attention that many non-black, upper class Latin Americans discourage their children from from getting involved with blacks in their own countries, although some do as was alluded to in the first chapter of Laura Esquivel's best-selling novel, Como Agua Para Chocolate (Like Water for Chocolate), when the father died of a heart attack upon learning that his daughter had a baby by a black Mexican man...
Posted by W Bill Smith at 9:00 AM