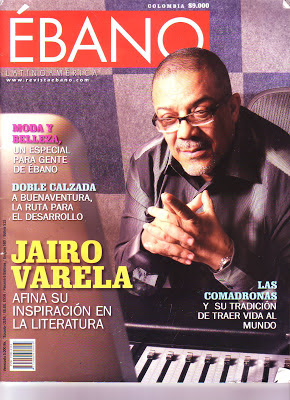 A few African-Americans and Latinos, including those in the Spanish-speaking countries that I've visited, assume that I'm Latino. However, I've been criticized openly by just a few African-Americans for being a sell-out to my own race, and have been criticized by just a few Latinos as being self-loathing wanna-be, bored with my own culture. Of course, I know better than this because I spent most of my high school and college years reading up on black history, making me prouder of my own heritage and more knowledgeable of my history than many those who point fingers at me.

My celebration of Black heritage is year round and global, which is why I'm an admirer of the Black Puerto Rican historian Arturo Alfonso Schomburg of whom a large New York City public library was named in Harlem, NY. During his school years, a teacher told him that Blacks have no history and has never accomplished anything of note. That ugly comment inspired him to make a lifetime commitment to prove his teacher wrong through international research on Black history. I celebrate Mansa Musa, leader of the great African Empire of Mali. as much as I celebrate the Nobel Prize winning author Toni Morrison. I celebrate Mexico's liberator and first Black president Vicente Guerrero as much as I celebrate Barack Obama.

However, I've been putting a lot of focus on Latin America because I grew up in a mixed African-American and Latino community, primarily Puerto Rican, in New York City. In addition, I want to supplement my development of speaking the Spanish language by learning Latino cultures. My Latin-American interest, although diverse, primarily lies in its Black communities. I have a separate Spanish-speaking Facebook account where I have over 300 friends scattered throughout Latin-America. A large portion are of African ancestry, and many of them have Afrocentric names and represent themselves with pictures of Malcolm X and Martin Luther King as well as Black Latin-American historical heroes, such as Biohó who freed African slaves in Colombia and established one of the first free Black towns in the Western world. In Ecuador, the Blacks celebrate their heritage in October; in Perú, it's February. Even in Argentina, Uruguay, and Chile, People of African heritage are standing up and asserting pride in Black Heritage.
Posted by W Bill Smith at 12:00 AM