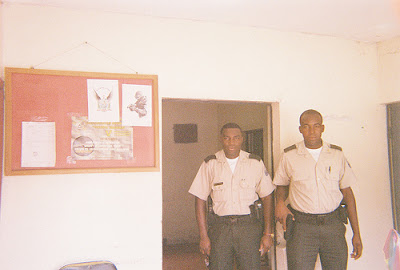 At police station in an all-Black town in Ecuador

Often people blame poverty for a lot of our crime problems, and the focus is usually on Black and Brown communities. However, I had the wonderful opportunity to visit two impoverished Black communities and one impoverished Black and Brown community in South America where I never heard of any crimes taking place, and not one cross word of conflict among their residents. What is their secret to their getting along so well without the drama that goes on in so many other impoverished communities? This doesn't mean that there are no crimes taking place, it just means that whatever is going on is undercover and does not involve victims. I won't name these towns because I don't want criminals reading this and going there to spread their trouble and spoiling a good thing. 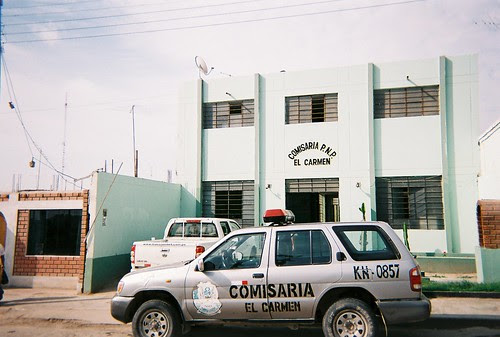 The police department in these towns in Ecuador and Perú seem to live a peaceful existence.And the town I visited in Colombia does not have a police station at all. In Ecuador, the cops were visibly delighted when I explained my reason for visiting as a sentimental fan of Ecuador's international soccer team and that many of the team members and stars are from this town. In Perú, the police instantly recognize me as a visitor and always greet me warmly. The night I first arrived in this town, I was stranded because I arrived by taxi at 4AM in the morning, and the family that was supposed to host me were asleep. The police and the cab driver arranged for me to spend the night at a cheap hotel for half the price. I've been invited to all-night block parties where people were drinking, but no one got drunk, and not one fight broke out. They all got along.

An African village in Colombia


When I arrived at a village in Colombia consisting of descendants of slave rebels who won their independence from Spanish rule more than 200 years before the rest Colombia, I found the people to be so poor that their restaurant and beverage stores could not even afford a refrigerator. I had to drink my beer al clima (room temperature) in hot weather. People were delighted to see a Black gringo like me exploring their community as I was being shown around by a guide. The only crimes this community experience was when Colombian guerrilla rebels came around to harass the residents as they did in other parts of the country.

From my travels through these towns, I was deeply touched by the fact that I, a relatively rich gringo, was not hustled by slickers or robbed by thugs. In Ecuador, people were somewhat fearful of me until they learned my motive for passing through - to connect with members of the African diaspora. People were nice to each other and they were nice to me. What is their secret to be at such peace with themselves in the midst of poverty?
Posted by W Bill Smith at 12:00 AM