Someone referred to me as a connoisseur of hats. Wrong! I'm a connoisseur of Panama Hats. With all the compliment's I've been receiving:
or as some women friends put it...
This is primarily because of my collection of Panama Hats, and my most recent purchase, the Precendente Panama Pat from Panador based in Cuenca, Ecuador. This hat is woven with the traditional toquilla straw that gives the panama hat its uniqueness, and is treated with a custom finish to ensure weather and stain resistance. 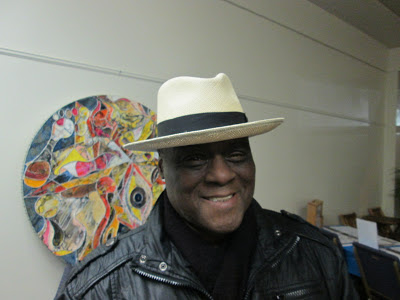 I never cared for the wearing of hats until I made my first trip to Ecuador. I hung out with a lady-friend who resides in the capital city of Quito whom I met through Facebook. She took me shopping and encouraged me to by my first Panama Hat. I never realized what I was wearing until I got back to the US. As far as I was concerned, it was just a souvenir to show folks, that I'm a traveling man. Then surprisingly, I started getting compliments from friends as well as strangers. This inspired me to develop a collection of varying styles on my following trip to Ecuador.

Through my blog, I inadvertently met the owner of Panador Panama Hats, which specializes in the Black Panama Hat, which I later bought. Panador has a host of other styles as well. And they are the ones I turn to when I want to add another Panama Hat to my collection without my having to fly to Ecuador. They offer free delivery in the US. Panador got it's name from the fact that the Panama Hat is originally, and still is, an Ecuadorian product, but was highly promoted and sold in Panama, thus the name Panador, a partial spelling of Panama and Ecuador.