I'm So Glad I Didn't Stereotype Her 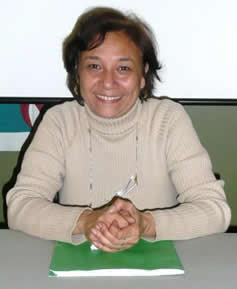 I just came out of a job interview, which consisted of a panel of four. One of the interview panelist fits the stereotypical profile of a Latina and has a Spanish first and last name. I already knew that the ability to speak Spanish was a plus, so before I left the interview, I wanted to, as rapper Kid Frost would say, “bust some Spanish” to show off my Spanish-speaking skills, and that Latina woman appeared to be the perfect person with whom to exchange a few words to help me impress the panel. Yes, that's stereotyping, I know, because I've personally met too many Americans of Latin American heritage who speak little or no Spanish.

Finally, a question came up during the interview, which I thought would be a perfect sedge-way for “busting” my Spanish. Without looking directly at this Latina panelist, I asked, does anyone here speak Spanish? I once posted a blog post, What Do Spanish-speakers look like, about how you cannot look at people and determine what language they speak. No one raised their hands; not even the Latina panelist. So, I was so glad that I did single her out because that would have been embarrassing to me and frustrating to her because no one likes being stereotyped.

I went on and answered the question and described how I've traveled to nine Spanish-speaking countries and was totally immersed in the Spanish language, and even talked about how I gave a Venezuelan and a Peruvian feedback on their curriculum vitaes. The smiles of delight were evident on everyone's face, and at the end of the interview, every one of the panelist came over to shake my hand personally as I exited the room.

I left with a good feeling, about the how the whole interview went. However, we never know who we are competing with for an open position., therefore regardless of their decision, I already have a job, and for that  am thankful!
Posted by W Bill Smith at 1:19 PM