How I Learned to Speak Spanish in My “Spare Time” 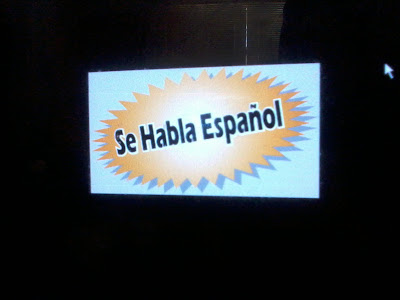 It took me a couple of years to bring my Spanish to the level where I felt comfortable holding extended conversions, primarily with the use of homemade flash cards made from index cards, which were cut into four pieces enabling me to easily hold 50 of them them in the palm of my hand. I put those cards to use studying Spanish vocabulary, phrases, and grammar while waiting for a bus or commuter train, while waiting on line, or sitting in a doctor's office; always finding the spare time to drill, drill, drill. Yes, I am old school and found the use of homemade flash cards to be my best friend when it comes to passing exams, learning computer application shortcuts, or giving presentations.

Sure, I had Spanish in school, but like anything in life, the classroom is no match for the real world. Nothing improves foreign language skills more than interacting with native speakers regardless of how little you know at the time you begin. I've known people who had eight years of foreign language in school, but cannot hold a simple conversation primarily due to the old adage, you either use it or lose it. As soon as I acquired a rudimentary knowledge of the Spanish language, I began reaching out to Spanish speakers, both strangers and acquaintances. I didn't bother with the bilingual folks because too many of them wanted to get cute and respond in English. My steady progress came from interacting with monolingual Spanish speaking immigrants, many of whom were flattered and pleased that a “gringo” was making an effort to learn their language.

During my interactions with Spanish speakers, I often screwed up, got corrected, and even got laughed at. For example, one day at a taco truck, I blurted out my order like a native speaker using what I learned from my flash cards. The vendor responded with ¿para aquí or para llevar? I didn't understand, and tried to play it off by saying que (meaning what did you say?) thinking that might miraculously help me figure out what he was asking. Finally, the vendor smiled and let me off the hook by repeating in English, for here or to go? Spanish speaking customers who happened to be standing by resisted laughing at me so openly, but one guy acknowledged in a friendly tone how funny that was. Instead of my being embarrassed, I took it as a learning experience and my Spanish went up just a notch.

Then came the summer when I had the opportunity to take a Spanish language intensive course at the University of Havana in Cuba through Global Exchange, Inc., based in San Francisco The bulk of my learning, I might add, took place outside the classroom where I interacted with members of the community, and was pleasantly surprised at how my Spanish flowed like a river as though the environment itself raised my level of fluency by default. I spent very little time with my English speaking classmates because I wanted to immerse myself with native Spanish speakers. When a Cuban citizen approached me in English, I too got cute and answered in Spanish. My trip to Havana inspired me to visit other Spanish speaking countries where I had grandiose times being totally immersed in Spanish while making new friends, establishing family-like connections, and even going out on dates. As of this writing, I've been interviewed for bilingual jobs in Spanish, and even received bilingual pay. GO FLASH CARDS!
Posted by W Bill Smith at 12:00 AM