Not All Latinos Speak Spanish 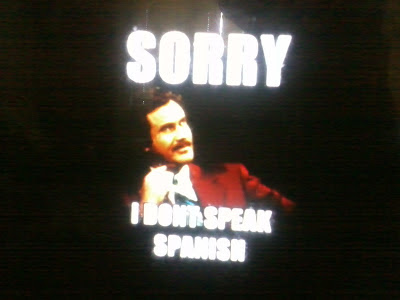 I felt a little odd and out of place when Carl, my Latino co-worker, nudged me to assist monolingual Spanish-speakers when I thought that he being Puerto Rican would naturally assume that responsibility. However, it was a nudge that I gladly accepted because I love practicing my Spanish. Carl happens to be from New York's Lower East Side, an area of Manhattan with a large Puerto Rican population, and I erroneously assumed that he speaks Spanish. I learned otherwise when I offered him an apology for a work-related misunderstanding, and to reinforce my apology, I told him in Spanish that it would never happen again. He simply gave me a blank look indicating that he didn't know what I was saying. His reaction was a surprise, but at the same time, not a surprise.

Throughout my life, I've met Americans of Latin-American ancestry who speak little or no Spanish. In fact, I know Latinos today who have just enough of a command of the Spanish language to communicate with their monolingual grandparents but are more comfortable with English. I have met other Latinos who feel that they are being racially profiled when total strangers speak to them in Spanish when their English is just fine. I myself was guilty of that until I got a clue. Then there are other Latinos whose parents want their children to be English only. I wrote a blog post entitled Latina Learns English While in Her 40s, which is about a woman whose parents felt that her speaking Spanish would make her less of an American (wow!), and how she so badly wanted to reconnect with her Mexican heritage that she took it upon herself to learn Spanish. Good for her! I never understood how speaking a second, third, or fourth language makes you less of an American. SMH.

A friend, Elena, told me that when she first moved to Los Angeles from Nicaragua that she too would speak Spanish to Latinos, and they would respond with, Oh, I'm an American - I don't speak Spanish! Elena too had to learn the hard way that not all US Latinos speak Spanish.
.
Posted by W Bill Smith at 12:00 AM