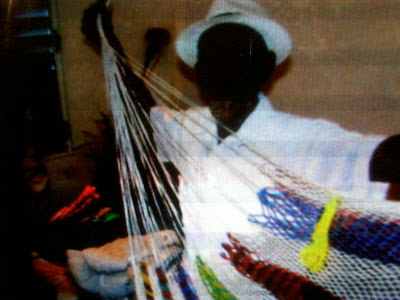 I first heard about Loiza, Puerto Rico from my brother who traveled there years back and told me about this Afro-Puerto Rican town and how much he enjoyed himself and how well he connected with the people. Because of my interest in learning and exploring the African diaspora in Latin America, Loiza is on my list of places to visit.

The municipality, Loíza, (pronounced LO-EE-SAH) is a small town on the northeastern coast of Puerto Rico; 18 miles (29 Kilometers)  east of the island's capital of San Juan. It is said that, back in the 1600s, the Spanish crown mandated that African slaves to be sent to the region now known as Loiza, named after the Indigenous/Taina Chief Yuisa.. The population of the municipality was 39,565 at the 2006 census

One of Loíza's district's (or barrios) known as Loíza Aldea, is famous throughout Puerto Rico for its talent pool of dancers and artisans. Formerly a center for black Puerto Rican music, it is said to be the traditional birthplace of the musical genre called plena along with the city of Ponce. Today, plena's popularity had been replaced salsa, although some revivalist groups, such as Plena Libre, continue to perform in their own lively fashion, while "street" plena is also heard on various occasions. Each year there is a celebration in Loíza where people parade around wearing Máscaras de Vejigante, a type of mask made in Loíza, made of coconut, and painted in multiple colors. Loíza is known as "La Capital de la Tradicion"- "The Capital of Traditions" for its "bomba" music, traditional Taíno (Indigenous) and African dishes, artisanry, and distinct culture.

Residents of Loisa Aldea, Puerto Rico prepare to join the parade at the Festival of St. James the Apostle which has been staged since the 16th Century.