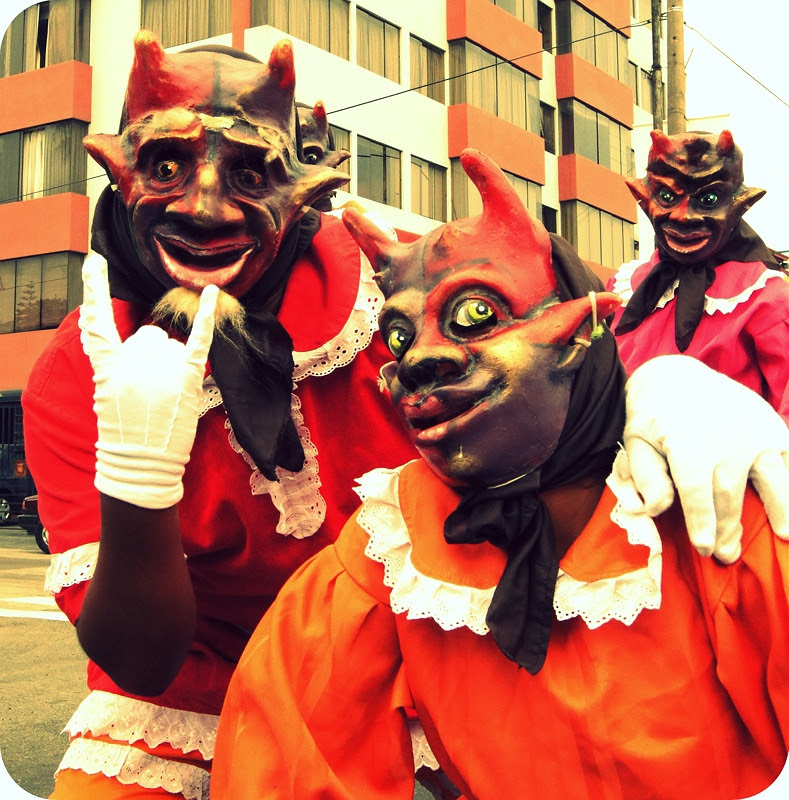 The Son de los Diablos (Rhythm of the Devils) is an Afro-Peruvian dance involving a mixture of African, Spanish, and Indigenous rhythms was banned from religious celebrations by the Catholic Church in 1817 because of its heavy African, and supposedly, devilish influence.

Jawbones of donkeys, horses, and mules were
used for rhythms of Afro-Peruvian music.

After the independence of Peru in 1821, the black folks lived in alleys near churches and plazas of Lima, the nation's capital, where festivities were held. Before the celebrations, blacks joined the festivities by forming gangs that danced the Son de los Diablos. Nonetheless, the dance remained an important part of carnival celebrations in Lima up until the early 20th century. The dance again was revived in the 1950s.

A distinguishing factor of the Son de los Diablos is its usage of such instruments as the Cajita, a small wooden box that opens and closes creating a distinctive sound, and the Quijada, the jawbone of a horse, donkey, or mule, that when hit creates a raspy buzz. Like other parts of the Americas that underwent a slave trade, the African drum was forbidden and the slaves had to get creative with their feet, and other makeshift instruments to continue their African rhythms.