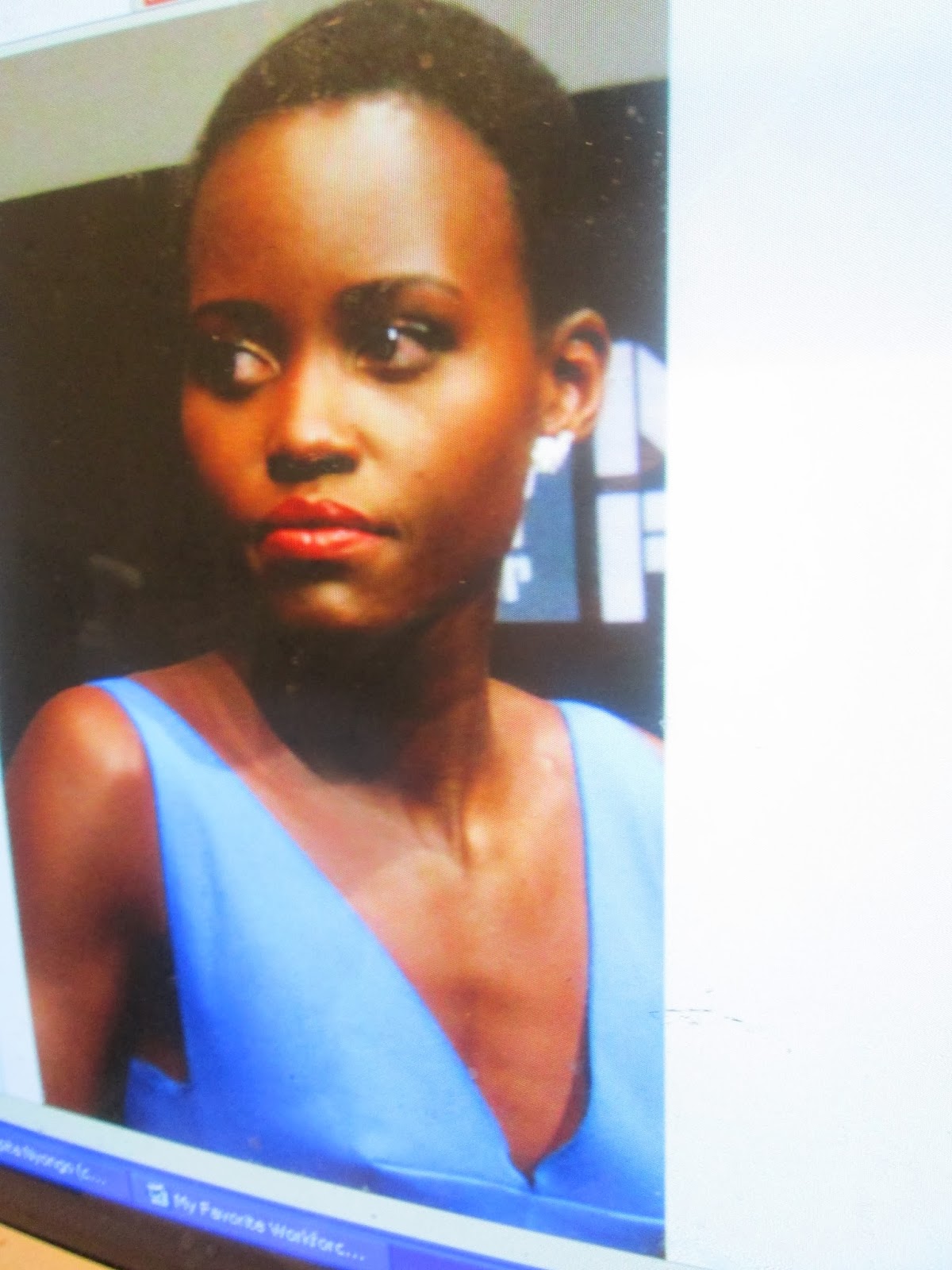 Academy Award winner Lupita Amondi Nyong'o was born March 1, 1983, in Distrito Federal (Mexico City) She is the daughter of a former Kenyan Minister for Medical Services who was in Mexico City at the time of Lupita's birth to deliver a lecture in political science. It is a Kenyan tradition to name a child after the events of the day, so her parents named her Lupita. The actress of Luo ancestry, one of the 70 different ethnic groups in Kenya, made her American film debut in Steve McQueen's 12 Years a Slave as Patsey immediately after finishing Yale School of Drama where she earned her Masters in Fine Arts .

Nyong'o moved back to Kenya with her parents when she was less than one year old when her father was hired as a professor at Kenya's University of Nairobi; however, when she turned sixteen, her parents sent her back to Mexico for a few months, to learn Spanish.before attending Hampshire College in Amhert, MA earving a degree in film and theater studies.

Back in Kenya Lupita Nyong'o starred in the television series Shuga. She also wrote, directed, and produced the documentary “In My Genes,” about the treatment of Kenya's albino population, which played at several film festivals. Lupita subsequently enrolled in the acting program at the Yale School of Drama where she she appeared in many stage productions earning her Masters Degree in Fine Arts.


Nyong’o shares a deep connection to her native Mexico as she explained in Spanish during a recent interview with CNN en Español. Lupita lived in Taxco in Mexico's state of Guerrero and also spoke about what it was like to move from Kenya to Mexico as a teen and why she fell in love with the country. She adds,. “Mexico was very strange to me, coming from Kenya, but I found such friendly people and fell in love with the food,” “I still have a lot of friends in Mexico and I hope to return soon. I miss Mexico.” Today, Nyong'o lives in Brooklyn, New York with her younger brother, who is a student.