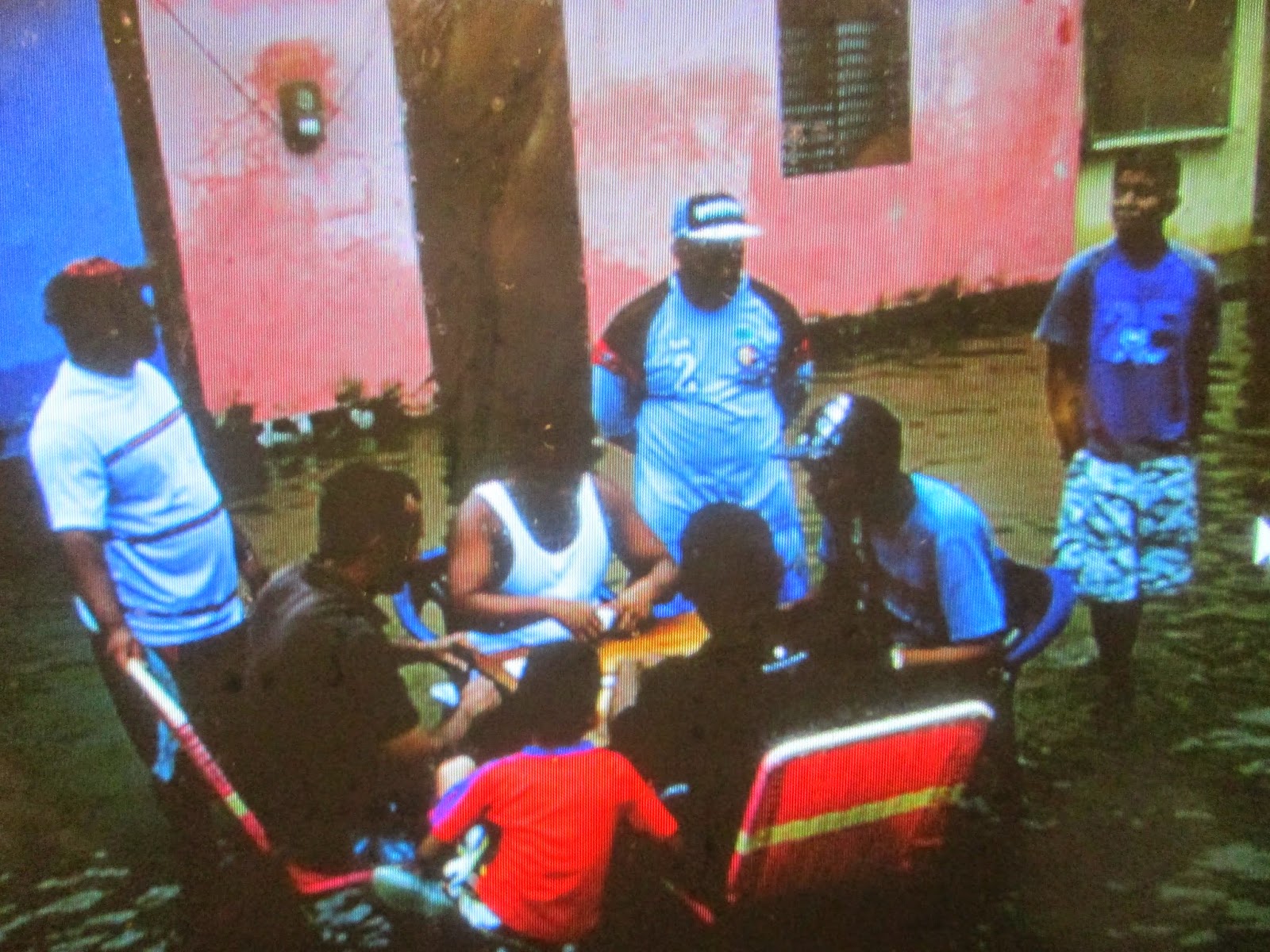 I saw so many resemblances of “the hood;” impoverished blacks (and browns), businesses owned by Asians and Middle Easterners, and young black men with hats on backwards and baggy pants. There were even men hanging out on the corner; not to the extent of that in the US, but they got my attention because they were listening to salsa music instead of hip hop. As a salsa music lover, I joined them and was thrown off by their Ebonics [Spanish Ebonics] to which I have found challenging to understand throughout my trips to Black Latin America.

As I walked the streets of the community, no one suspected that I'm American with the exception of one Middle Eastern store owner. This was good because I did not want to attract hustlers, con artists, and robbers erroneously getting me mixed up with a someone from Beverly Hills. I was told by a Venezuelan engineer that a white person speaking Spanish with a foreign accent is perceived as an international traveler, but a black person like me who also speaks Spanish with a foreign accent will be perceived as an immigrant from the Caribbean, like those of  nearby Trinidad and Tobagoi. He encouraged me to take advantage of this perception for my own safety.

This was the city of Higuerote (pronounced EE-GAY-ROTE-TAY) in Venezuela's region of Barlovento, the hub of Afro-Venezuelan culture. Higuerote is the current home of Jesus “Chucho” Garcia the father of black Venezuelan history. It was his published book that I read years ago entitled “Africa in Venezuela” that planted a desire in my heart to visit Barlovento. The book addresses the history of black Africans being brought to Barolovento to work the Cacao plantations supplying manufacturers with the ingredients to produce chocolate goodies to sell to the world during the 16th Century . Today, Afro-Venezuelans continue to carry on their African traditions, which can be heard in their music called Tambor.

Unlike so many places in the US, blacks and browns live in harmony, and in many cases, are family. This is the case in many other parts of Latin America as well. For example, my goddaughter Daniela in Perú is the only black in her family and is equally loved. Many of the brown-skinned Venezuelans have African blood in their veins. The late-president Hugo Chávez, has African blood from his father's side, and wore an Afro hairstyle in his youth.

Another trait that I found in Higuerote that reminded me of the hood was the indifference and lack respect that the average storekeeper and street vendor show their customers in the community. It seems that they feel that they are doing their customers a favor by being in business when in reality, it's the customers who are putting food on their tables. And just as in the US ghetto, people continue to patronize those businesses versus demanding respect and seeking other places to spend their money if they don't get that respect.

An Asian grocery store clerk aggressively shouted the price of an item at me with her hand stuck out, and did not bother to give me the professional courtesy of a “thank you” after paying her. On another occasion, I bought an empanada, which was indescribably delicious, from a black street vendor, who also did not demonstrate any professional courtesy for patronizing her business. In both instances, I shouted gracias/de nada (thank you/you're welcome) thinking they might get the message. I thought to myself that if this were my business, I could make an awful lot of money because I know how to treat customers who are putting money into my pockets; thus, attract and maintain more customers—this is hardly rocket science.

As a man, I found the women, of all colors, to be very curious, friendly, and conversational. Almost every time, I'd smile and wave at a woman, I'd get a happy, enthusiastic smile and wave in return. One woman referred to me as “primo (cousin or cuz)” when I greeted her on the street .  There were other women who gave me strong eye contact and became cheerful when I made conversation. It was just too bad that I was only there for short time as there was a lot more to Venezuela's region of Barlovento that I wanted to see. There was Rio Chico, Curiepe, San José, and Chirimena with all of their fine beaches and live music. I wanted to visit cacao plantations and the Afro-Venezuelan Network, but I had to catch my flight back to San Francisco, CA. There is still much, much more to explore in Black Latin America.