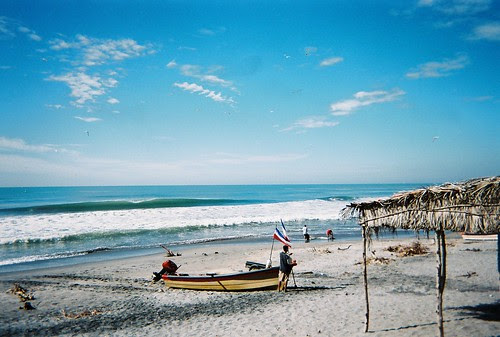 The interesting thing about learning to speak a foreign language is that when you are in a country where that language is spoken, and English is not; your level of fluency in that language goes up a few notches by default. I had a seven-hour layover in El Salvador for my next flight to Lima, Perú. I took advantage of those hours by getting a tourist card ($10.00) and leaving the airport to explore the surrounding areas. I hired a taxi at $60.00 for three hours. Our first stop was Café Yessenia in Costa del Sol (Sun Coast) to have lunch. 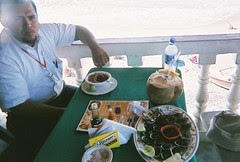 My cab driver is having a field day.
He gets cab fare plus lunch on me.

The beauty of this popular tourist attraction was the fact that it was early and we, the cab driver and I, were the only ones there. I try to avoid crowds when I can, which is one of the reasons I no longer live in New York City. Also, I always pick a slow season of the year to travel. We had a great meal as he was filling me in on the people and culture of the area. We then proceeded to drive around and stop at beaches and towns. When I travel, I prefer to see the "real" country and its people versus highly populated tourists areas. This is how you learn the true culture of the country, and in my case, develop fluency in the language. 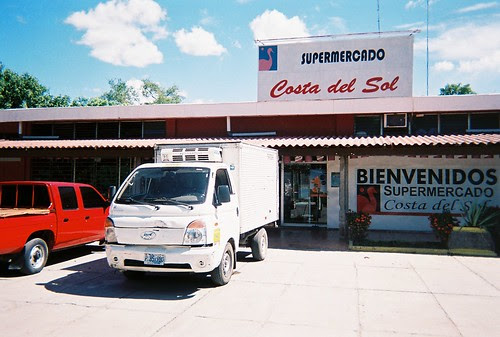 We stopped in a grocery store to get some inexpensive goodies. Perhaps, something I could take on my flight to Lima, Perú. I was amused by the looks I was getting from the store clerks; it's like they never seen a black person before. Speaking of black people, I was wondering if the people in the coastal areas of El Salvador had an African presence at one time like so many other areas of Latin America because so many people were so dark. Then I realized that it was not that they had African blood in their veins; they spent too much time working in the sun.

While hanging out with this cab driver, I felt so relaxed speaking Spanish without struggling to translate in my head. I was actually "thinking" in Spanish and not English. Of course, this is not my first time being in a Spanish-speaking country so I understood how this phenomenon works. When I was in Cuba, I even had a couple of dreams in Spanish. Now, that's what I call progress! :-) 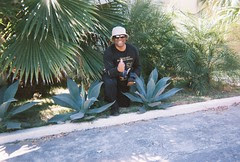 To make sure that I did not miss my plane, I instructed the taxi driver to get me back to the Comalapa Airport two hours before my flight to give me time to get through security and get settled. The taxi driver gave me his business card and encouraged me to call when I pass through El Salvador again .