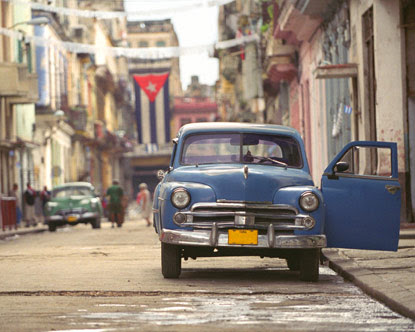 The "El Vedado" section of Havana, Cuba where I stayed

One Saturday morning, on a quiet street in the El Vedado section of Havana, Cuba, my classmates and I, who were attending the University of Havana, were mounting our bicycles getting ready for a guided tour of the city. I noticed an attractive Afro-Cuban woman observing us from across the street. When I went over to introduce myself, and her eyes lit up like a neon sign. I could hear virtual cash registers ringing in her head. Just because I'm an American she seemed to have felt that I must be a black relative of Bill Gates or Donald Trump. And she sought to get what she could.

I saw Luisa as opportunity to practice my Spanish and get immersed in Afro-Cuban culture.

In turn, I saw Luisa as opportunity to practice my Spanish and get immersed in Afro-Cuban culture. I met her two children Miguel (7) and Ingrid (5); her mother Isabel, and her brother Ronaldo, as well as another one of her sisters. They lived in a rough-looking housing project across the street from where I was staying. However, after visiting Luisa numerous times, I realized that, although the people were poor, there was hardly any crime. 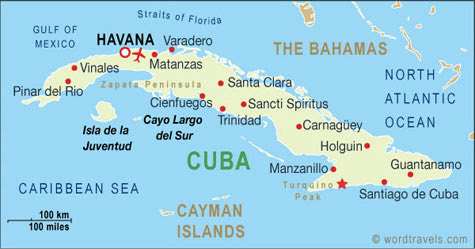 The first time Luisa and I were alone, her first and most earnest request was that I take her back to the United States. The last thing I wanted in Cuba was a wife; especially a wife who can't see past my wallet. What about my looks, charm, and content of my character? As we spent more and more time together, she started telling her mother, brother and sister, that I was going to take her home with me. My response to her, in private, was that I would prefer to stay here in Cuba, and together we can support the revolution. That shut her up! But later, as she and I went shopping, she lured me over to the appliance section trying to get me to buy her a refrigerator. That was way over my vacation budget.

The last thing I wanted in Cuba find a wife; especially a wife who can't see past my wallet.

As I got to know Luisa better, I realized that she was not being devious. She was desperately trying to make ends meet for her and her two children. When the Russian economy fell, the Russians could no longer support Cuba economically as they had been doing since the 1960s. And with this ongoing, unrelenting trade embargo against Cuba, it was evident that this embargo is not hurting Castro and his henchman nearly as much as it is hurting innocent people like Luisa and her children.

This ongoing, unrelenting trade embargo against Cuba is not hurting Castro and his henchman nearly as much is it is hurting innocent Cuban citizens.

For this reason, I felt good about helping Luisa and her family in ways I could afford. The day before my departure, I gave the children Miguel and Ingrid gifts that they thoroughly appreciated; gifts that average American children take for granted. You can just see the exhilaration in their eyes.

After returning home to Oakland, Luisa and I stayed in touch by phone and by mail. I still have her letters. I just feel bad that it is so difficult to send money or gifts without the Cuban government's greedy interference. I tried to send gifts through Global Exchange, the organization that sponsored my trip, but the gifts never arrived. Luisa, her children,and her mother and are friends separated by politics.

Marriage? I Don't “Think” So