Ecuadorian Woman Proposes to Me 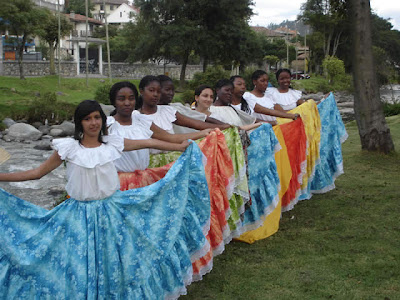 I'll call her Yola (not her real name). She's an attractive woman who lives in Ecuador's predominately Black City of Esmeraldas, a city on my list of places to visit and experience the Black heritage, and learn more about their Black writers and poets llike Nelson Estumpiñan Bass and Antonio Preciado Bedoya. Yola often posts gorgeous pictures of herself on Facebook with her blackberry, and I would often flirt because of it. I heard through the grapevine that she liked me, and I even toyed with the idea of bringing her back to the US or even staying with her in Ecuador where the cost of living is so cheap that you can live comfortably off a social security check. In fact, Ecuador is considered one of the best places in the world to retire.

Well, after more than three years of Facebook friendship, Yola pops the expected proposal, telling me that she wants me to bring her to the US. I've always been suspicious of foreign women when it comes to relationships as I've been approached by women from 10 different countries, including India, of all places, who wanted to marry me for a green card. In fact, I have developed a special line for foreign women who express a serious interest in me. If they are up front telling me they just want a green card, I charge $100K. No one is going to pay me that kind of money so the conversation ends. In Yola's case, I told her that I would like to stay in Ecuador with her so she can be with her family, and I too will be a part of her family. She became very quiet. What else is new...?
Posted by W Bill Smith at 12:00 AM