Spanish-Speaking Countries With the Largest and Smallest Black Populations 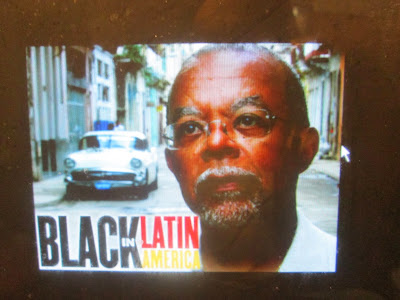 Some years back, I read an article where it was pointed out that there are more blacks who speak Spanish than English. At first, with my American mindset, that came to me as a surprise. Then I thought about the 22 Spanish-speaking countries with black populations far outnumbering the English speaking countries in the west.

Then we need to consider those blacks who do not identify as black because they have a drop or two of Indigenous or white blood. Unlike the USA, there is no one-drop-of black-blood rule making you black in Latin America. This leads to another issue where during my Latin American travels I’ve observed a lot of marriages and relationships between blacks, browns, and whites, and how their children can be easily assimilate into the Mestizo community. Thus, the numbers listed from research below are debatable. 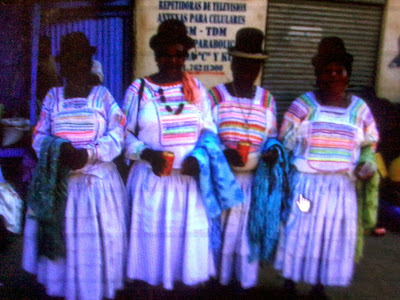 
Colombia—4,944,400, mostly concentrated on the northwest Caribbean coast and the Pacific coast in such departments (what we call ‘states’ in the US) as Chocó, which, is 95.3% Afro-Colombian. A Taste of Black Colombia


Perú—1,500,000, and if you count the one-drop rule, we could be talking about -2,700,000, largely concentrated along the coast. Apart from Lima with the largest concentration of blacks, Lambayeque in the north and Ica and Tacna in the south also hold a large concentration of black people. My Valued Souvenir from Perú.

Cuba—1,100,000 million describe themselves as black. Those with one-drop or more with black blood, consider themselves to be mulatto or mestizo, which accounts for 1,800,00. A fair number of blacks still locate their origins in specific African tribes or regions, particularly Yoruba (or Lucumi), Igbo and others. One of my favorite choruses to a Cuban song goes Yoruba soy (I am), Soy (I am) Lucumí, Congo, Mandingo, y (and) Carabalí. A Naive Trip to Havana.

Dominican Republic—1,001,990, and can be as high as 9,109,000 with the one drop rule. The interesting fact here is that in the Dominican Republic, many of your darker skinned blacks do not consider themselves black if they have one drop of blood other than African. For example, Sammy Sosa, before he changed his skin color with bleaching cream allegedly has “Taino” Indian as his race on his passport. What is Sammy Sosa's Problem? 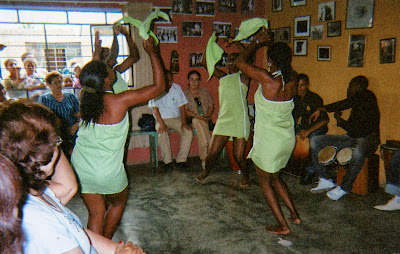 
Venezuela—1,000,000 million in the Region of  Barlovento in Venezuela's State of Miranda. Due to high rates of interracial marriages, the black population has dwindled. Just Five Days in Venezuela.

Spain—683,000 African descent. In fact, there were blacks among the Spanish conquistadors who invaded what we know today as Latin America.

Ecuador—604,009, according to the 2001 census blacks live mostly in the northern coastal province of Esmeraldas and in the south-central coastal region. About two-thirds of Afro-Ecuadorians now live in urban areas like Quito, the nation’s capital and Guayaquil, Ecuador’s second largest city. However, Afro-Ecuadorian organizations argue that this number is inaccurate due to those blacks who don't want to be acknowledged as black. National Day of Black Ecuadorians.

Honduras—600, 000. The Afro-Honduran organizations contend that this number is higher. Blacks in Honduras, known as Garífunas, are descendants of Africans who were never slaves. After arriving by slave ships to the island of St. Vincent, they revolted and made their way over to the Central American coastline, mainly Honduras, but also Belize, Guatemala, and Nicaragua. Meeting a Black Carib from Honduras.

Bolivia—500,000. The majority of the black people live in the Yungas region. Afro-Bolivians are proud of their culture and have fought very hard to preserve it. Black Bolivia. 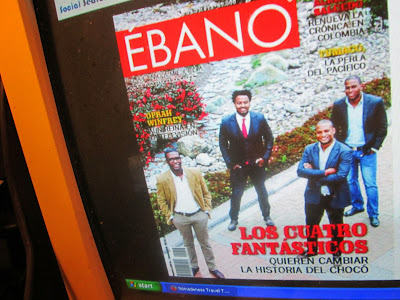 
Panama 476,000—but it is estimated that 50% of Panamanians have varying drops of African ancestry. The Afro-Panamanian population can be broken into three groups; the "Afro-Colonials", Afro-Panamanians (descended from slaves), and the Afro-Antillean (those who migrated from Trinidad, Barbados, Martinique and Jamaica, to build the Panama Canal). Layover in Panama City.

Puerto Rico –461,997 of those easily identifiable as black, and 1,713,862 represents everybody mixed with African ancestry. Afro-Puerto Ricans are more heavily concentrated in coastal east regions of the island. Borcuas Africanas: Afro Puerto Ricans.


Mexico--450,000 of those are visibly of African ancestry. Most will be found in the states of Guerrero, Oaxaca, and Veracruz. In Mexico’s state of Coahuila, there are descendants of African-American slaves who escaped slavery by crossing the Rio Grande from Texas, and intermarrying with the Indigenous population. However, during Mexico’s colonial period and its slave trade, there were more African people than Spaniards. And due to interracial marriages over a period of 500 years, it has been estimated by the Schomburg Center for Research and Black Culture in New York, NY, that 75% of Mexican citizens have some African ancestry in their bloodline. Mexico's “Dark” Secret 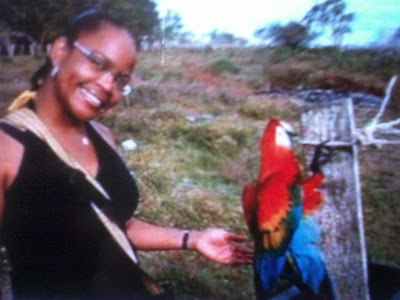 My friend María who showed me the ropes in Venezuela


Costa Rica—384,000. Most are English-speaking descendants of 19th century black Jamaican immigrant workers, and are found in the Limón Province on the East Coast.

Uruguay—302,460. When slavery in Uruguay ended, Barrio Sur, a community in Montevideo, the nation's capital, became a predominantly black community where a revival took place of some of the rituals of their African heritage, which eventually evolved into what is known as Candombé. Black Uruguay.

Argentina—149,493. Throughout the 18th and 19th centuries, blacks comprised up to 50% of the population in some provinces before declining sharply in number as a result of the War of Independence, high infant mortality rates, low numbers of married couples, the Paraguayan War, and cholera and yellow fever epidemics. Lately, there has been an influx of black immigrants from Uruguay and Brazil. Argentina's Black Population.

Paraguay--133740. Paraguay was the last port of arrival of African slaves in Americas, and they, mostly of Angolan origin, first arrived Paraguay in 1556. According the Afro Paraguayan Association Kamba Cuá, in 1782, the black population represented 11.2 percent of the total population. In 1811 half of the Paraguayan population was of African descent. Paraguay's African Heritage.


Nicaragua—25,000 according to the Nicaraguan national census. They are concentrated on the southeastern coast.


Guatemala—15,000 - 30,000 blacks are found in the Caribbean coast of Livingston, Puerto Barrios and Santo Tomas. African slaves were brought in during the colonial period, but have mixed with the general population and can be referred to as Afro-mestizos. Due to intermarriage, the majority of black people eventually assimilated as Mulattos and Amerindian.  Guatemalan Black Folks?


Chile--Unknown The Afro-Chilean community is invisible and ignored at the national level.. Chileans who identify as Blacks live mainly in the northern region of Arica y Parinacota, Chile's small Black population is seeking formal recognition as an ethnic group and inclusion. Also, the famous Historian Francisco Antonio Encina once wrote that 13 percent of the explorers that came to Chile with Diego de Almagro were black.” African Heritage in Chile.